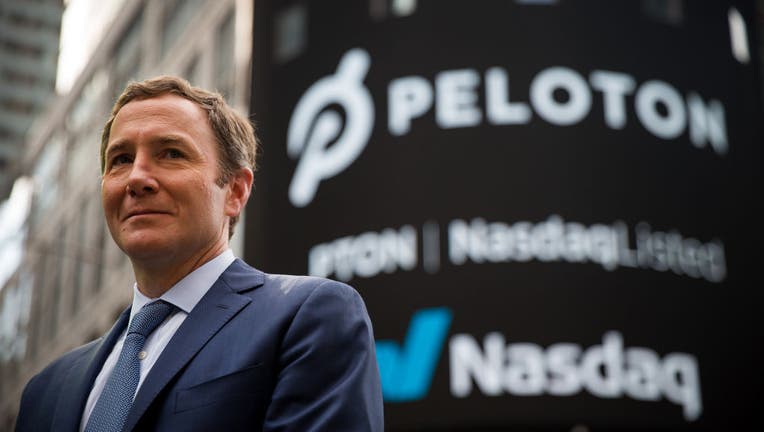 NEW YORK - Peloton’s co-founder and CEO John Foley is stepping down and the exercise company is set to cut thousands of jobs globally, including 20% of its corporate workforce, following an extended streak of tumult.

John Foley first pitched the idea of an interactive exercise bike in 2011, hoping to disrupt the industry. He will give up the CEO position and become executive chair at Peloton Interactive Inc.

Barry McCarthy, who served as CFO at Spotify as well as at Netflix, will take over the CEO position. McCarthy will also have a seat on the board.

Peloton’s shares have been on a roller-coast ride since the pandemic began in 2020, surging more than 400% that year as COVID-19 forced many to shift their workout habits from the gym to the home.

In 2021, the shares gave back nearly all of those gains as businesses reopened and people started heading back to gyms. Last month, Peloton shares plunged further on reports it was pausing bike production, leading the company to issue a statement denying the claims.

The company had been the subject in media reports this week of a potential takeover target by either Amazon and Nike. The developments Tuesday deflated hopes for such a deep-pocketed buyer and shares of Peloton slumped 7% before the opening bell.

In a statement issued Tuesday, Peloton also announced that it was cutting 2,800 jobs globally, including a 20% cut to corporate offices. It noted that the company’s roster of instructors and content will not be impacted.

Furthermore, the company is reducing owned and operated warehouses and delivery teams, while expanding its commercial agreements with third-party providers to save on costs. Peloton said it’s "winding down the development" of its first U.S. factory in Ohio, which the company said will help save $60 million.

"This restructuring program is the result of diligent planning to address key areas of the business and realign our operations so that we can execute against our growth opportunity with efficiency and discipline," the company said in a press release.

The company anticipates at least $800 million in annual cost savings once its actions are fully implemented.