The company says it wants to phase out cigarettes and move to alternatives.

Philip Morris CEO André Calantzopoulos is focused on the future of the tobacco industry, which he claims -- despite the recent health headlines and government concerns -- is vaping.

The tobacco giant is "reallocating resources from cigarettes to the alternatives," Calantzopoulos said, in order to offer people who would other not quit smoking some products that "have less toxic ends" than cigarettes.

Philip Morris International currently has 150 million global consumers for its tobacco brands — which includes the iconic Marlboro — and employs over 400 scientists, engineers, and technicians working on smoke-free products, according to the company.

Instead of burning tobacco, IQOS heats the tobacco to a temperature of 350 degrees Celsius, at which point, the tobacco releases its taste without combusting, according to Philip Morris International. The company claims this lower temperature and lack of combustion reduces the levels of chemicals released compared to those released in cigarette smoke.

Calantzopoulos believes this product is appealing to current cigarette smokers. 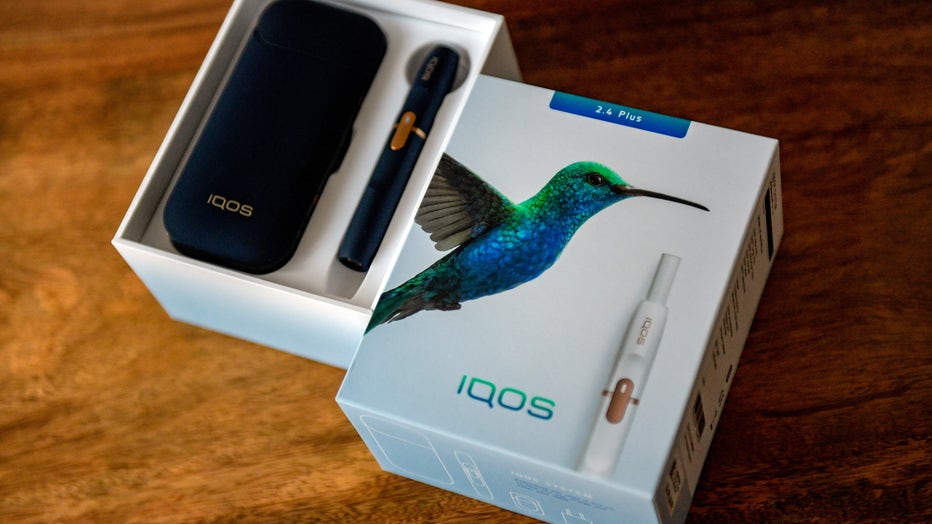 A set containing an IQOS e-cigarette from Philip Morris is placed on a counter in a tobacco shop. (Photo by Axel Heimken/picture alliance via Getty Images)

"We believe [in order] to convince the people who smoke today to switch out of cigarettes, you need to offer them a variety of products that are as close in terms of taste or satisfaction," Calantzopoulos told FOX Business' Jack Otter.

Speaking from Davos, Switzerland at the World Economic Forum, Calantzopoulos admitted during "Barron's Roundtable" that e-cigarettes will never taste exactly the same as cigarettes due to the fact that it doesn't burn the tobacco.

"But the closer we are, the highest ability we have to convince the people who smoke to switch," Calantzopoulos explained.

"Out of 100 consumers that will buy this product, 70 will switch completely out of cigarettes," Calantzopoulos qualified. "They will not smoke cigarettes anymore, and they will use this product, and that's the highest rates we have seen."

Currently, IQOS is available in 52 countries according to Calantzopoulos. The FDA recently approved the product for commercialization in the United States.

Calantzopoulos also said the company did not rush the approval process. He maintained the FDA "reviewed the entire filing" of IQOS, "including how we manufacture them, including their safety issues from batteries to electronics to how to make sure the system provides always the same MRI results with the same reduction of toxicity that we submitted."

"The most urgent thing to do is switch," Calantzopoulos said of smokers.

The CDC suggests 14 percent of Americans aged 18 or older—or 34.3 million adults—smoked cigarettes as of 2017. This, according to the government agency, is a 6.9 percent decline from 2005. Of those people who currently smoke, Calantzopoulos hopes they will turn to products that "will have a positive impact on public health."

And for those curious, yes, Calantzopoulos uses IQOS himself.