Five people in Phoenix are temporarily looking for a new place to live after their Christmas tree went up in flames near 26th Street and Osborn.

PHOENIX - A Christmas tree went up in flames on Dec. 25 in Phoenix and several people are without a home now, the fire department said.

The fire broke out near 24th Street and Osborn Road, and Capt. Evan Gammage with Phoenix Fire says crews arrived at the fire after it already made its way into the attic.

"All occupants of the home were able to exit prior to firefighters' arrival. One adult male was evaluated for smoke inhalation, but refused transportation to the hospital," Gammage said.

No injuries were reported and because of the fire and smoke damage, five people will be without a home. 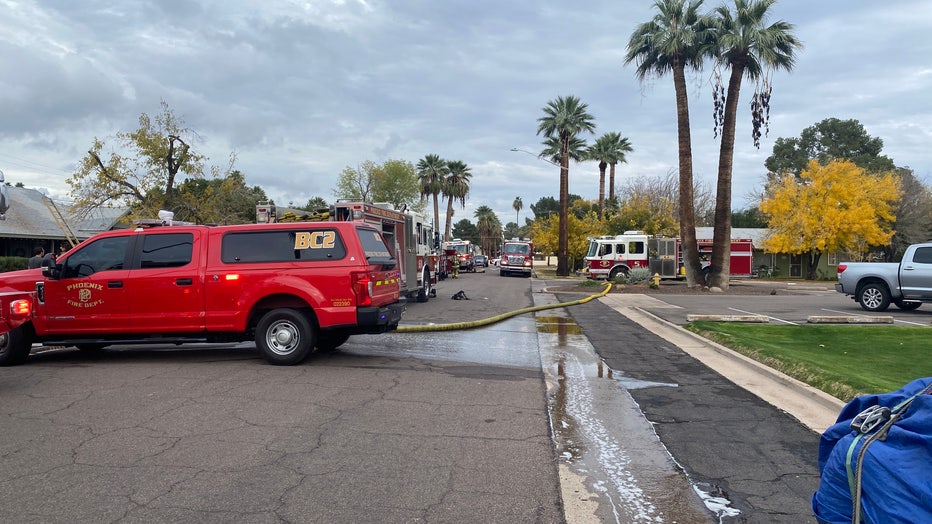 Phoenix firefighters on scene on a Christmas tree fire on Dec. 25 near 24th Street and Osborn Road.