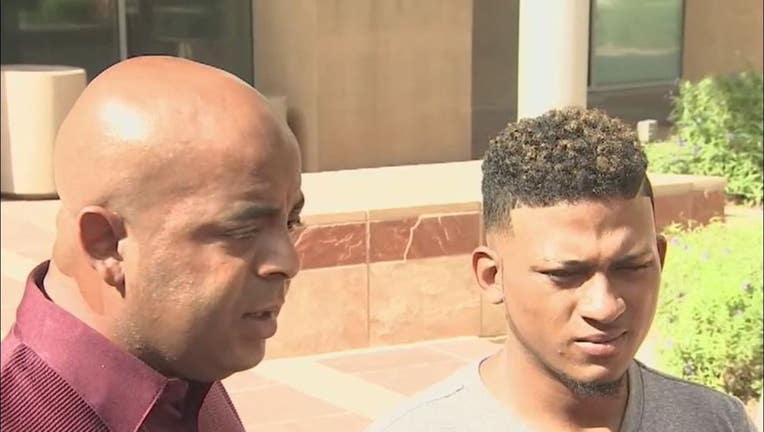 PHOENIX (AP) - A Phoenix man who says he was forced by police to eat marijuana or go to jail has filed a lawsuit against the city and the three ex-officers involved. Edgar Castro's suit seeks undisclosed punitive and compensatory damages.

Attorneys for the 20-year-old Castro say their client's civil rights were violated. His lawyers filed a notice of claim in the case in February and that precursor to a lawsuit sought $3.5 million.

Castro was pulled over for speeding in September 2016 and police officers reported finding a small amount of marijuana in his car.

According to the lawsuit, Castro became sick and vomited after ingesting the marijuana.

The three police officers involved resigned from the force shortly after the incident.