PHOENIX - A Phoenix man found a black bag on his property and when he opened it up, police say he was overwhelmed by the number of drugs inside.

What was inside the bag? Officers responded to check the bag out and say they found 117,500 fentanyl pills and 49 pounds of meth.

How the bag got onto his property hasn't been detailed. 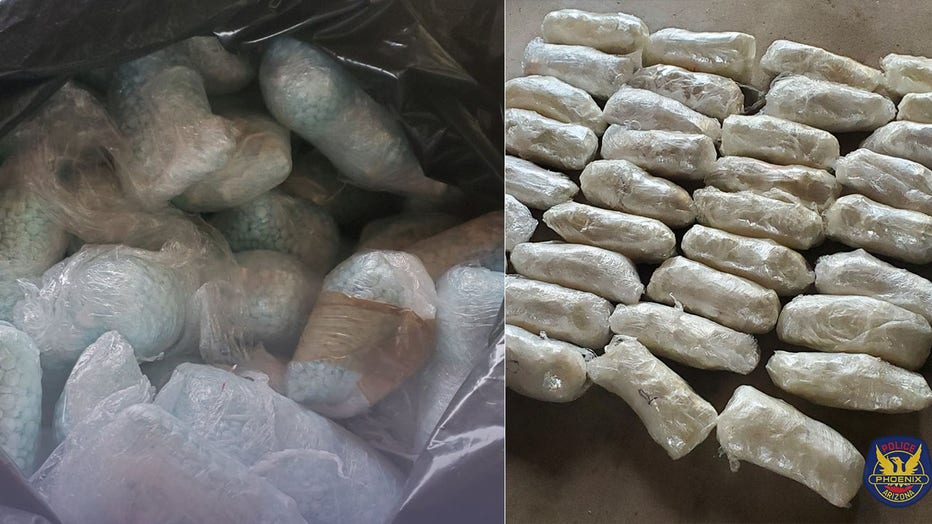 Fentanyl and meth bust. Photos by the Phoenix Police Department

The Phoenix Police Department says a purple brick of fentanyl was found during a traffic stop, among other items, and this actually was the first they've seen.

Police say a stolen AR-15, 68 pounds of meth, and 8,000 fentanyl pills were found inside a man's apartment in Phoenix.