The Arizona-Mexico border is no exception to the number of deadly drugs making their way over and killing many, and getting even more people in trouble with authorities.

Fentanyl is the single deadliest drug threat the nation has encountered, says the United States Drug Enforcement Administration (DEA), and that's why it launched National Fentanyl Day, raising awareness of how deadly the drug is.

In a previous report, FOX 10 sat down with the Special Agent in Charge at the Phoenix Field Division of the Drug Enforcement Administration (DEA) the day before another drug bust was announced. Cheri Oz says she is terrified, as authorities seized nearly 12 million fentanyl pills in 2021, which is double the amount seized in 2020. DEA numbers also show more than five tons of meth were seized in 2021.

Oz says a lot of the drugs are coming from Mexico.

"The vast majority of the fentanyl, methamphetamine that we’re seizing in Arizona is made by the Sinaloa Cartel," said Oz. "The Sinaloa Cartel uses the routes that traffic the networks through Arizona, and that’s what we seize here in Arizona."

Let's take a look at some of our biggest, most recent drug busts in Arizona.

$1.25M worth of fentanyl, meth, heroin recovered by authorities in Phoenix, DEA says 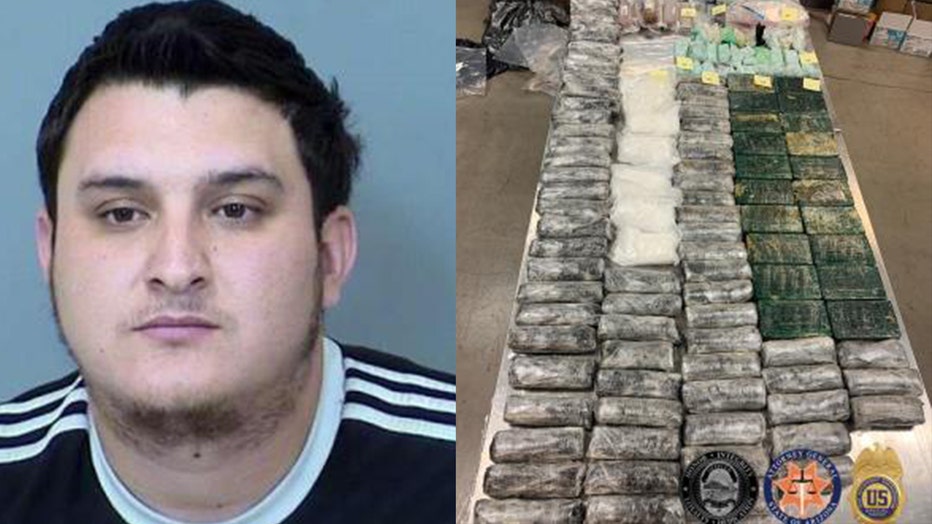 Luis Ronaldo Nieblas-Beltran is facing a slew of drug charges, the DEA says.

The U.S. Drug Enforcement Administration (DEA) in Phoenix announced the arrest of Luis Ronaldo Nieblas-Beltran on April 25 who is facing a slew of drug charges and is accused of being involved in a drug trafficking organization. 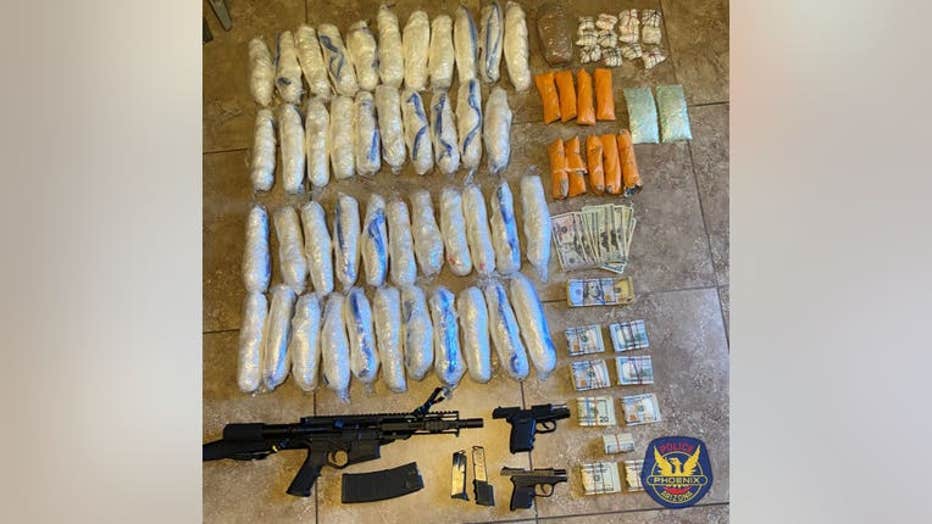 According to police, officers were investigating a person suspected of selling drugs, and after obtaining a search warrant, drugs, weapons, and cash were seized from the suspect's car and apartment in Phoenix. (Phoenix Police Department)

According to police, officers were investigating a person suspected of selling drugs, and after obtaining a search warrant, drugs, weapons, and cash were seized from the suspect's car and apartment in Phoenix.

Two people are now behind bars as a result of the drug bust, which happened near 19th Avenue and Dunlap. FOX 10's Bailey Miller reports.

"It is another example of great police work. This is something the department does on a daily basis," said Sgt. Vincent Cole with Phoenix Police.

The drug bust happened as officers were working near 19th Avenue and Dunlap, and learned about a car that was possibly transporting drugs. During the traffic stop, officers found $325,000 in cash, nearly 22,000 fentanyl pills, and multiple guns. 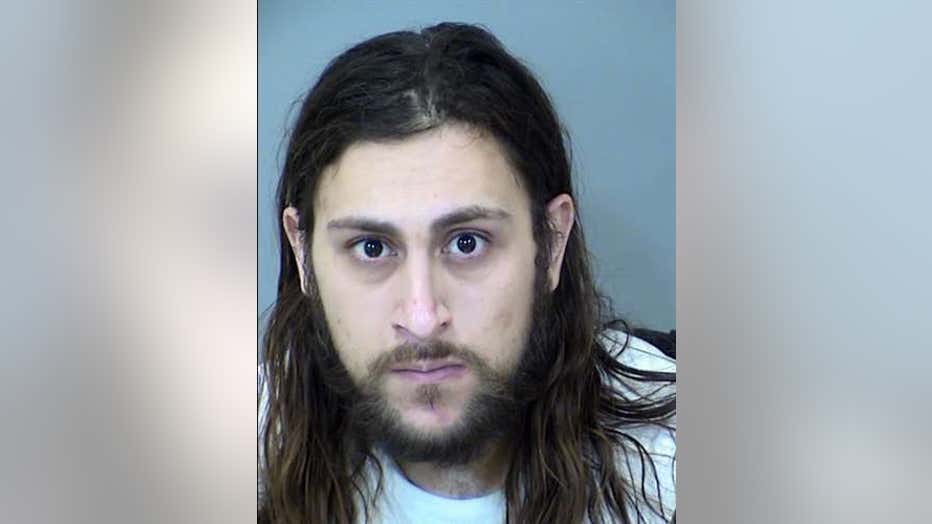 According to court documents, the incident began as officers conducting a search warrant on a cellphone from an unrelated incident and found a text message from "Fetty Jeff."

In Phoenix, three men are behind bars, after they were arrested on Feb. 3 and accused of distributing drugs out of a used car dealership. In this case, authorities seized 20 pounds of meth, 4,000 pills believed to contain fentanyl, and 14 firearms.

In the same city, investigators say an 18-year-old admitted to selling fentanyl pills he received from a Mexican drug cartel. DEA officials, in this case, seized 271,000 pills, along with meth, cocaine and about $250,000 in cash.

In Pinal County, deputies seized 227,000 fentanyl pills from a smuggler's car. The drugs were hidden in large, buffet-style trays of food.

In December 2011, a record bust took place in Scottsdale, where the DEA teamed up with Scottsdale Police and the Arizona Attorney General's Office to seize 1.7 million fentanyl pills, as well as 10kgs of fentanyl powder.

More than $2 million worth of meth, guns and thousands of dollars were seized in a Phoenix drug bust, the police department says.

Phoenix Police say after pulling over Matthew Hathaway and Rebecca Freyer near Interstate 17 and Bell Road, they served a search warrant and found large quantities of drugs, guns, and ammunition.

The Pinal County Sheriff's Office released a dramatic pursuit video that ended in the arrest of three Phoenix residents and the seizure of hundreds of fentanyl pills and guns.

"On a recent traffic stop, officers seized 750 fentanyl pills, drug paraphernalia, and a stolen firearm. The three occupants were arrested for felony and misdemeanor crimes, including possession of fentanyl," says the Scottsdale Police Department in a June 4 tweet.

ADOT says nearly 200 pounds of cocaine were found inside a truck.