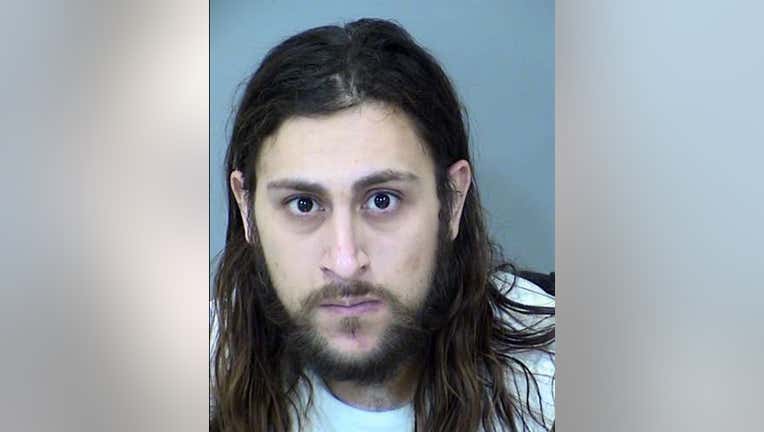 According to court documents, the incident began as officers conducting a search warrant on a cellphone from an unrelated incident and found a text message from "Fetty Jeff."

"It should be noted that the term ‘Fetty’ is a slang term for the drug fentanyl, which is a synthetic narcotic drug," read a portion of the court documents.

During their investigation, police learned the "Fetty Jeff" phone number was connected to the home address of 30-year-old Jeffrey Rabadi, who had outstanding warrants out of Phoenix, Peoria, and Coconino County.

Police conducted undercover surveillance of Rabadi's home and saw him leaving in a vehicle. Rabadi was then pulled over by police at a LaQuinta Inn, located near 25th Avenue and Greenway Road. Rabadi was taken into custody and was found to have two handguns, fentanyl powder, methamphetamine, and 977 blue M30 pills inside his hotel room.

Rabadi was booked into jail and is accused of multiple drug offenses.