Officer Christopher Meyer was terminated based on his response to a shoplifting call that gained national attention.

The incident happened back on May 27, 2019, and was captured on cell phone video that went viral. Meyer was seen on the video using alleged excessive force while arresting a suspect. 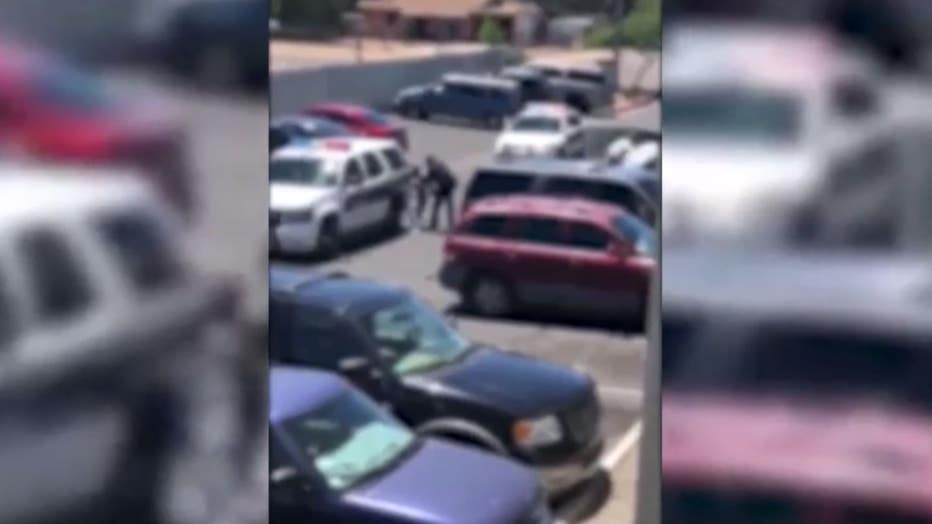 Chief Williams said Meyer's actions caused adverse effects on both the Phoenix Police Department and the community. A second officer involved in the same incident was given a written reprimand.

Our officers' behavior was unacceptable. I expect them to be respectful, professional and compassionate in every situation and every encounter.

The incident involved a man and a woman with two small children after the suspect vehicle was stopped not far from a Family Dollar store near 32nd Street and Roosevelt where it was reported a doll was mistakenly taken.

The viral video showed officers with their guns drawn yelling expletives at the family. Meyer was seen placing Dravon Ames in handcuffs and kicking his legs out from under him. He then confronted the mother and children.

Police did not press any charges on the couple involved in the incident. The family filed a $10 million notice of claim against the city, and a settlement/mediation conference has been scheduled for December 18.

Reverend Jarrett Maupin who represents the Ames-Harper family released a statement after the announcement for Chief Williams.

Today, the Ames-Harper family and the community moved closer to realizing the substantive justice required to resolve this case and address the related police brutality crisis. The firing of officer Meyer was expected all along and should not be considered a brave step by city leaders. The violence repeated against the Ames-Harper family was always beneath the dignity and honor of law enforcement officers. Today, Christopher Meyer, violator of civil rights, has been removed from their ranks. Our city is a little safer and a bigoted bully is now unemployed.

"I think I might get a good night's rest knowing that he's fired and it won't happen to anyone else," said Dravon Ames.

Phoenix city councilman Sal Diciccio says the firing is all for political reasons and believes that the police chief was under pressure to fire officer Meyer.

"They're out to go after our police department," said councilman Diciccio. "Police wanted to use this as an example to show that they are doing something except this something is going to cost taxpayers millions of dollars by pouring lawsuits against us for something that is unjustifiable."