Roughly half of Arizona high school teens have tried eCigarettes, and the Phoenix Union High School District Governing Board is fed up with students vaping on campus. FOX 10's Nicole Garcia reports.

PHOENIX - The Phoenix Union High School District Governing Board is fed up with students vaping on campus.

Roughly half of Arizona high school teens have tried eCigarettes, according to the Department of Health Services. Now, Phoenix Union is joining nearly two dozen school districts across the country in a class-action lawsuit against the best selling eCigarette distributor in the United States.

"This is the modern-day fight against the tobacco industry, which has evolved over the years," said Stephanie Parra, President of the Phoenix Union High School District Governing Board.

For previous generations, it was the Marlboro man and Joe Camel. For teens these days, vaping is what the so-called "cool kids" are doing in school.

"We wanted to stand on the right side of history here, and join other school districts and say enough is enough," said Parra.

Juul officials have denied the company's products were marketed to kids, and has stopped selling fruit, dessert, and mint flavor pods.

"Suing it will only fix part of the issue," said Isabel Ayala-Vargas, a graduate from Metro Union High School.

Ayala-Vargas believes there should be stricter rules and policies on campuses that target teens who use eCigarettes at school.

FOX 10 has reached out to Juul for comment on this story, but officials have yet to reply. 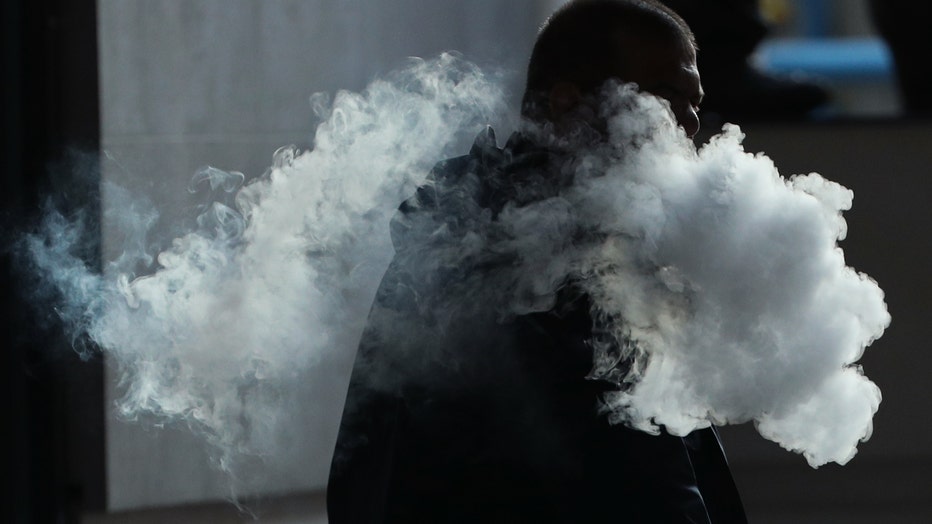 The vapor cloud produced by a man with an eCigarette