A pilot was injured after a crash during an emergency landing on Saturday, Feb. 27 in Pima County.

PIMA COUNTY, Ariz. - A small plane crashed down during an emergency landing in the Arizona town of Marana on Saturday, Feb. 27, and the pilot is expected to be OK, says the Pima County Sheriff's Department.

The crash happened around 11:20 a.m. in a field north of Trico and Hardin roads when the plane was reportedly being ferried from Chandler to Marana.

"A citizen reported seeing the plane land in a field. Upon arrival, the plane was found to be upside down and the pilot self-extricated. Deputies made contact with the pilot who was alert and conscious," the department said.

The pilot was taken to the hospital. He's expected to be OK.

There were no details provided about why the pilot needed to make an emergency landing.

The Federal Aviation Administration and National Transportation Safety Board were notified of the incident and will investigate. 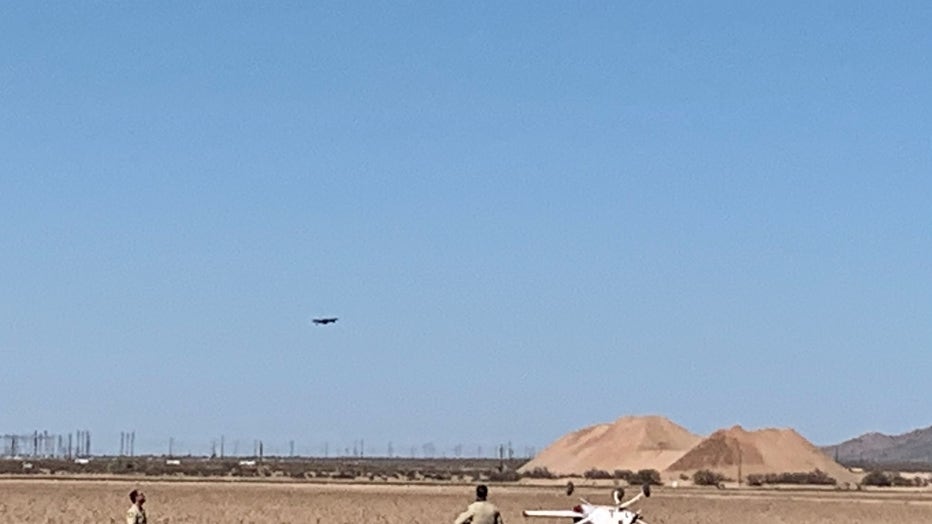