KINGMAN, Ariz. - Two men were injured in the crash of a hang-glider-style aircraft on Jan. 19 in northwestern Arizona, Mohave County Sheriff’s officials said.

They said the crash occurred around 9:30 a.m. north of Kingman.

The two-seat ultra-light veered to the left after takeoff, causing the wing tip to hit the ground and the aircraft crashed nose first, according to authorities.

They said the pilot suffered a broken leg and the passenger had a broken arm.

Both men were taken to a Kingman hospital for treatment. The names and ages of the two men weren’t immediately released.

Authorities said the pilot and passenger both were wearing helmets and were properly fastened into the ultra-light at the time of the crash. 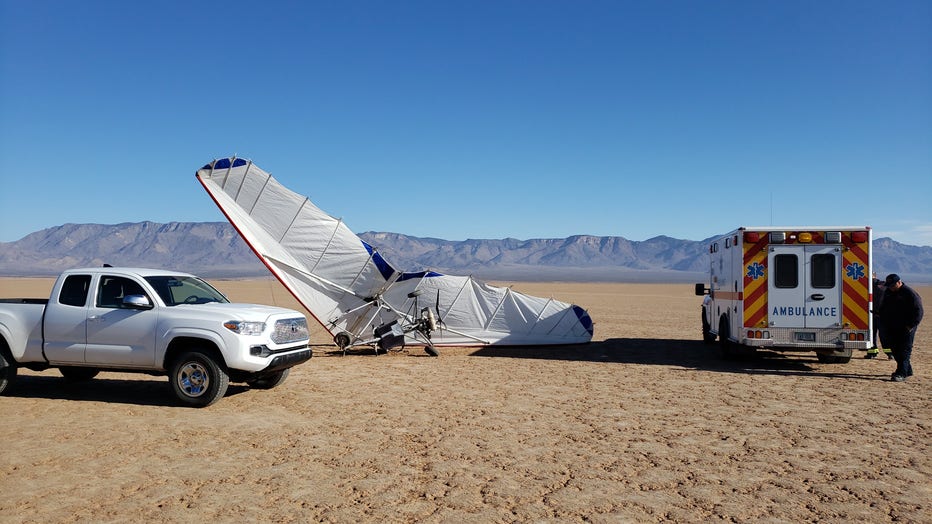