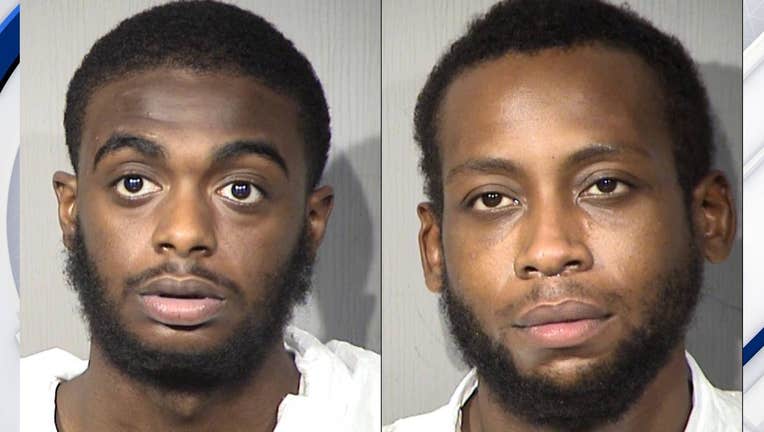 EL MIRAGE, Ariz. - Two suspects have been arrested in an El Mirage double homicide case after they were found in a car belonging to one of the victims, according to police.

Police said their investigation began on July 3 with an out-of-state 911 call from a man who said he hadn’t been able to get in contact with his 77-year-old stepfather, Ronny John Muench, since June 21.

Police said Muench and 31-year-old Joseph Talley, who also lived at the home, were both found dead in separate rooms and Muench’s car was missing.

The two suspects allegedly tried to use Muench’s debit card to buy food and marijuana.

Police didn’t say how Davis or Wilcox might have known Muench or Talley or how the victims died.

It was unclear if either Davis or Wilcox has a lawyer yet.