"We hope that anybody that knows him or knows his whereabouts or of him or where he's been, that you guys call and let them know where to go look, where to find him, 'cause it's not fair for her kids or her grandkids," Jeannie Garza Montoya's sister said. Anyone with information is asked to contact Silent Witness at 480-WITNESS or 480-TESTIGO for Spanish.

PHOENIX - Police have identified and are searching for the man accused of hitting and killing a woman last month in Phoenix.

Phoenix Police said the crash happened around 3 p.m. near 59th Avenue and Palm Lane on Oct. 23. There, officers found a woman in the road who was pronounced dead at the scene, said Sgt. Ann Justus.

The victim was identified as 42-year-old Jeannie Garza Montoya, a mother of four.

"The vehicle that struck her did not remain on scene but was soon located nearby without any occupants. Efforts to identify and locate the driver are underway," Justus said at the time of the crash.

Jeannie Garza Montoya was struck and killed by a 37-year-old Delano Pore on Oct. 23 and police say he's on the run after abandoning his car.

Pore is described as a black man who is 6"0", weighs 180 pounds, and has black hair and brown eyes. He has multiple tattoos on his arms and chest and is nicknamed "Tino."

Phoenix Police say Montoya was getting out of the truck, which had high ground clearance, just before she was run over.

"It's a box truck, so it's kind of got some higher clearance and it has a step. As she was on that step, he started to drive again and that's when she fell and got ran over by one of the tires," Justus said.

Police say Pore stepped out for a moment as an off-duty officer approached him trying to help, but Pore got back in the truck and drove off.

"I just told my sister, 'I love you, sister. Just be careful. Call me if you need anything. There was just something there, just something was off." Aranda said.

Anyone with information is asked to contact Silent Witness at 480-WITNESS or 480-TESTIGO for Spanish.

"We hope that anybody that knows him or knows his whereabouts or of him or where he's been, that you guys call and let them know where to go look, where to find him, 'cause it's not fair for her kids or her grandkids," her sister said. 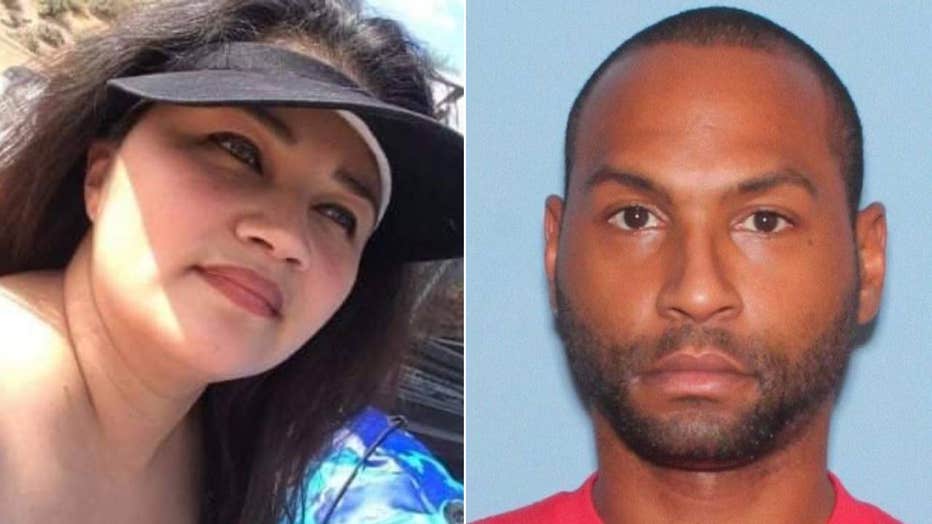 Police have identified 37-year-old Delano Pore as the man who hit and killed Jeannie Montoya, a Glendale mother of four on Oct. 23.

Loved ones speak out 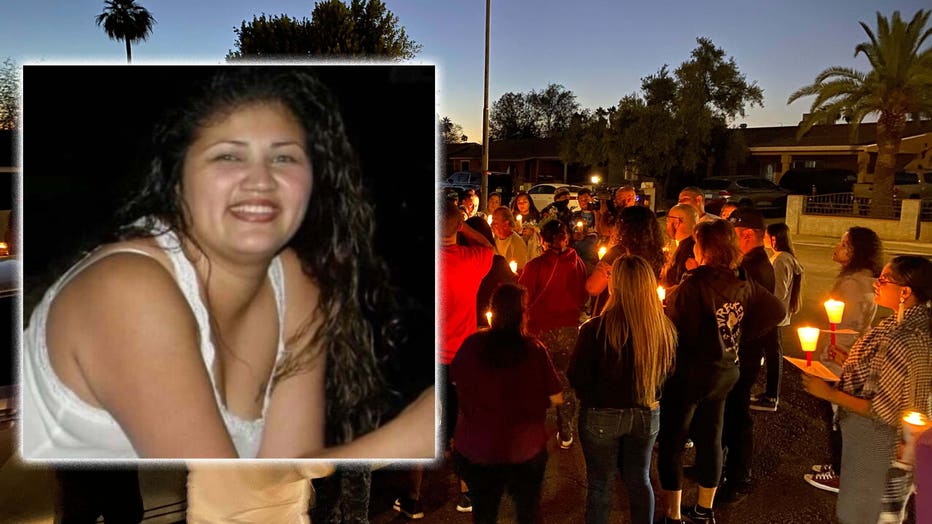 Jeannie Montoya's family misses her more than ever, especially as the holidays approach.

"I talked to her that morning and she was supposed to come see all of us and we didn't get that chance," Aranda said about her sister.

Her sisters can only ask why she's no longer alive, remembering her as energetic, funny and caring. She was a proud grandma who loved being with her family.

"It wasn't only holidays, just whatever [was the] spur of the moment, 'Let's just go do this with the kids,'" said the victim's sister, Stephanie. "We don't have that anymore. That was taken from us and we’re never gonna get her phone call to do those things."

Dozens gathered days after the incident to tell stories. Cry, embrace and pray.

Grieving together, loved ones planned how to lay Montoya to rest.

"Now we’re just concentrating on getting her home and making sure her kids are OK," Aranda said. "I do hope that he is caught quickly."

Aranda is grateful for the witnesses who stopped to help her sister moments before her death and those rallying behind the family.

"She wasn't alone, and the people that followed the truck to get the license plate - I thank everybody for that and all her family and friends that have been pitching in for us," Aranda said. "It's overwhelming how much people loved her."

A fundraiser car wash was held on Saturday, Oct. 30 at AJ's Llantera to support the family.

The family of a Glendale woman killed in a hit-and-run last weekend is demanding justice after the suspected driver fled the scene. FOX 10's Justin Lum reports.