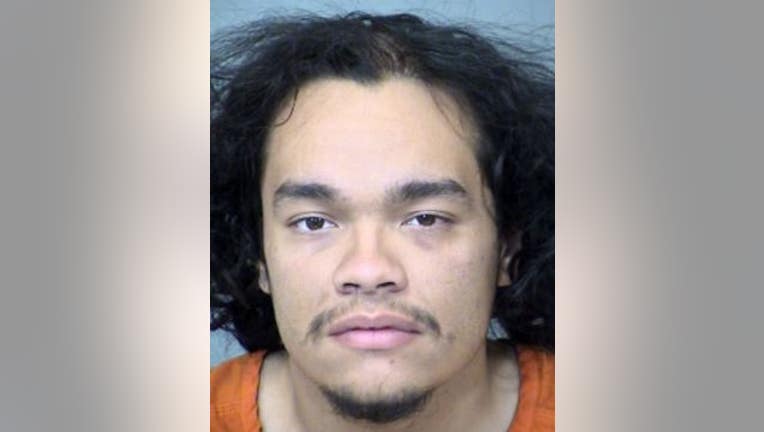 PHOENIX - A 19-year-old man has been arrested after he allegedly stabbed another man to death near central Phoenix Thursday afternoon.

Police responded to reports of a stabbing near 12th Avenue and Madison Street on March 24 and found 20-year-old Armani Myers "with obvious signs of trauma."

Myers was taken to a local hospital, but did not survive his injuries.

The suspect, 19-year-old Andrew Jackson, was taken into custody at the scene and booked into Maricopa County Jail.

Police did not release any details about what led up to the attack.