Chandler robbery suspect accused of stealing up to $2K in jewelry

CHANDLER, Ariz. - Chandler Police officials announced on April 21 that they have arrested a man following a robbery incident earlier in the week.

The robbery incident, according to investigators, happened on the afternoon of April 19, when Chandler Police officers were sent to a business near Ray Road and Arizona Avenue for a report of a robbery.

Investigators say the suspect, identified as Octavio Ortega, entered a business in the area, selected some clothes, and then headed to the jewelry counter.

"A female employee assisted the male suspect, who looked at several items of jewelry," read a portion of the court documents released by Chandler Police officials. "The male suspect suddenly grabs a gold necklace and gold pendant, which were valued at over $2,200, and quickly fled from the store with the items."

Investigators say a manager gave chase into the parking lot, where he confronted Ortega.

Ortega, according to police, was identified based on surveillance video and license plate information.

Investigators say Ortega was tracked to a home located near Longmore and Rio Salado Parkway.

At the home, investigators say Ortega was seen leaving the house and driving away, but he quickly returned to the home and barricaded himself. Ortega was eventually taken into custody.

Inside the home, police officials say officers executing a search warrant recovered the taser that was described by the manager, in addition to the exact clothing that Ortega was seen wearing in surveillance video. The jewelry has not been recovered.

"Ortega's mother was later contacted, and she indicated he was not at the house," read a portion of the court documents.

Ortega, according to Chandler Police officials, is being accused of aggravated assault and shoplifting, both of which are felonies. 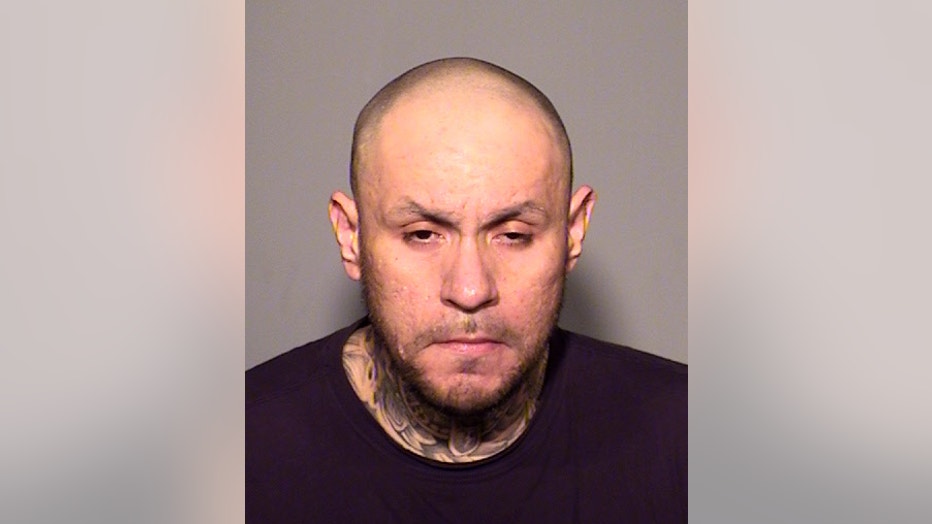 A man believed to be the leader of a neo-Nazi group was arrested after allegedly threatening some Black men at gunpoint in a Chandler parking lot.