PHOENIX - Phoenix Police say a 17-year-old girl was shot and killed while she was in a vehicle near 43rd Avenue and Indian School Road on June 4.

At around 1:00 a.m., officers responded to a call about a person with a gun in the area. They later learned than a woman was driving in the area with her two children.

"She saw an adult male in the roadway and stopped her vehicle near him. The male approached the vehicle and shot the juvenile female front seat passenger," stated Sgt. Andy Williams.

The suspect fled the scene and threatened another woman nearby, according to police. He was later taken into custody. 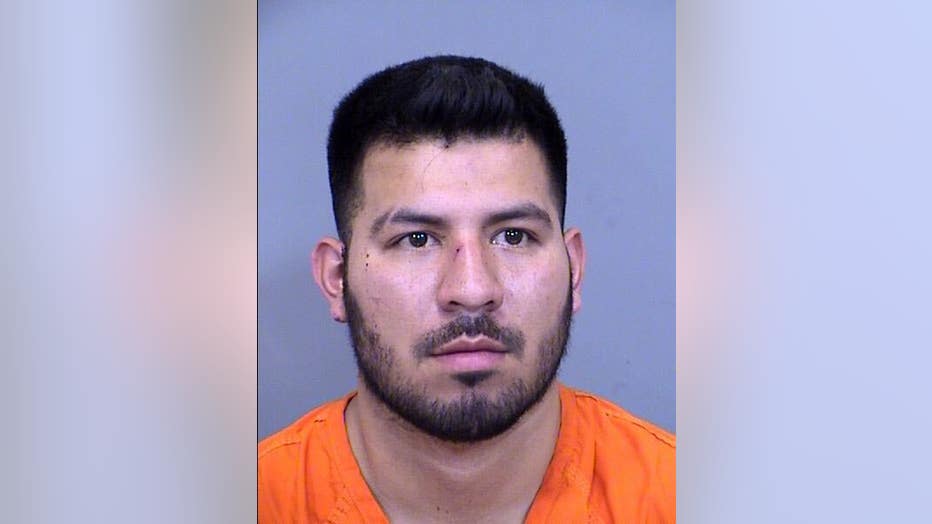 On the afternoon of June 4, we spoke with Rodriguez's mother. In the interview, Eunice Despaigne's pain can be heard, as she described the deadly, random act of violence.

Despaigne went to pick up Eunice because her car ran out of gas. She was driving home on 43rd Avenue near Indian School when the shooting happened.

Despaigne felt a bullet graze her chest, and she thought she was shot.

"I put my hand on my chest and i said 'Eunice I'm hit. Eunice I'm hit,' thinking that I was the one who got shot," said Despaigne, in Spanish.

Despaigne then called for her daughter in the front passenger seat.

"When I saw that she wasn't answering me, I turned around and I see she wasn't there no more," said Despaigne.

Inside the car, Rodriguez's little brother screamed for her to wake up. Meanwhile, Despaigne pulled over and told witnesses to call police.

"I was screaming to save her," said Despaigne. "Save her. Bring her back."

As the investigation continues, Rodriguez's family is in a daze, wondering why the tragedy happened to them. Xitlaly Rodriguez, who is the victim's older sister, says she lost her best friend.

"We grew up like this," said Xitlaly. "We were so close. That was my baby. You don't understand that my sister, she was my world. I just want her to know that I love her so much."

The victim was prepared to graduate high school early, and then study to be a nurse.