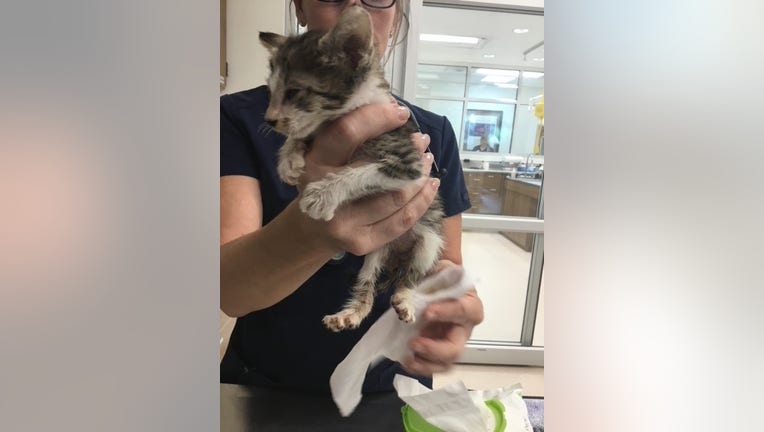 PRESCOTT VALLEY, Ariz. - The Prescott Valley Police Department is searching for three children who are suspected of seriously injuring two kittens by slamming them into the ground multiple times.

Police say a witness saw three boys hurting the kittens near a trailer park in the area of Hoffman and Spouse on Saturday afternoon.

After intervening and yelling at the boys, the witness took the kittens to a local animal hospital for treatment, officials say.

The five-week-old kittens had "significant" injuries, including broken tails, lacerations and crusted noses "from being tied to string and slammed into the ground repeatedly."

Prescott Valley officials say the kittens' tails will need to be amputated because of the tail fractures.

The boys were described as being 9 or 10 years old, with one of them being white and two being Hispanic.

A reward is being offered in this case. Anyone with information is asked to contact Yavapai County Silent Witness at 1-800-932-3232 or the Prescott Valley Animal Control Supervisor at 928-772-5180.