Police say 38-year-old Juan Jose Cazares Jr. was captured in Tucson 12 hours after he reportedly killed a man and woman in Maricopa on Aug. 18.

MARICOPA, Ariz. - Authorities say they've captured the suspect of a double homicide where a man and woman were found shot to death inside a Maricopa home on Aug. 18.

According to Maricopa Police, the shooting happened at around 4 a.m. in a neighborhood near Honeycutt and Hartman roads.

"Police have determined this was a domestic incident, not random," the department said in a statement.

Police say the suspect, 38-year-old Juan Jose Cazares Jr., was found just over 12 hours later in Tucson after fleeing the scene. The grey 2003 Dodge Ram he was driving was found as well, authorities say.

"Our detectives have taken over the scene. They are going to process the entire scene and make sure no stone is left unturned," a police spokesman said. "It's a violent scene. It's something we want to get the answers to and we will go from there." 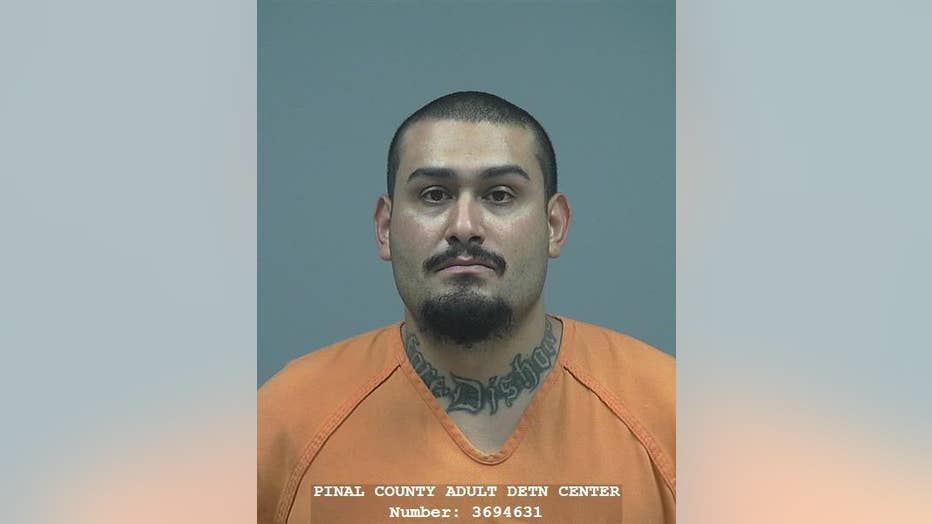 A man died in a shooting at a strip mall on 5th Street and Beck on Aug. 18.

A baby was rushed to the hospital after being found in a Glendale pool, the fire department says on Aug. 17.