WASHINGTON - Federal prosecutors said Thursday that a North Carolina woman deserves a prison sentence for bringing her 14-year-old child into the U.S. Capitol during the Jan. 6 riot.

Virginia Marie "Jenny" Spencer and her husband, Christopher, had the child "in tow" when they joined other rioters who overwhelmed a line of police officers, invaded House Speaker Nancy Pelosi’s office suite and demanded entry to the House chamber, prosecutors wrote in a sentencing memo. 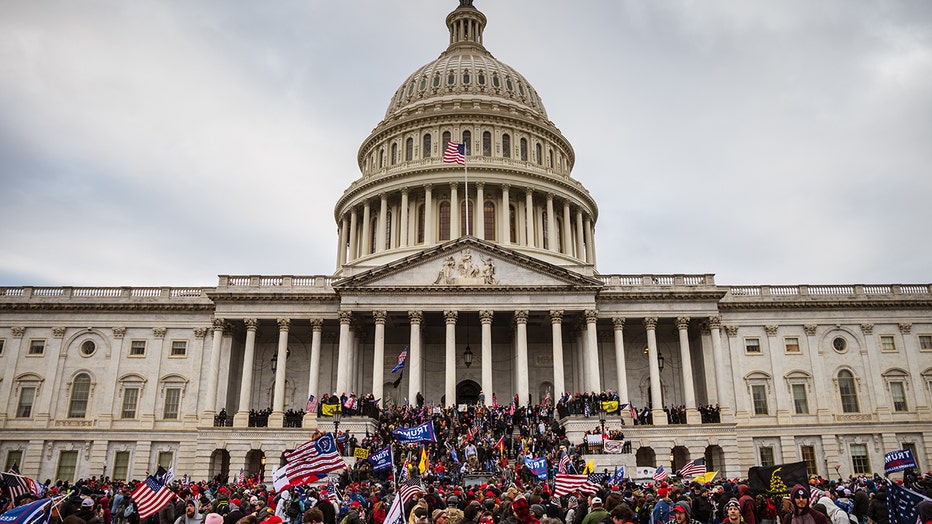 A large group of pro-Trump protesters stand on the East steps of the Capitol Building after storming its grounds on January 6, 2021 in Washington, DC. A pro-Trump mob stormed the Capitol, breaking windows and clashing with police officers. Trump supp

Prosecutors recommended three months in prison for Jenny Spencer, who pleaded guilty in September to parading, demonstrating or picketing in a Capitol building. The misdemeanor is punishable by a maximum of six months imprisonment. U.S. District Judge Colleen Kollar-Kotelly is scheduled to sentence her on Jan. 7.

Christopher Spencer has pleaded not guilty.

Previous court filings in the case against the Spencers did not say that the child was with them during the riot. In their memo, however, prosecutors cited the child's presence as a factor weighing in favor of imprisonment when a judge sentences Jenny Spencer. 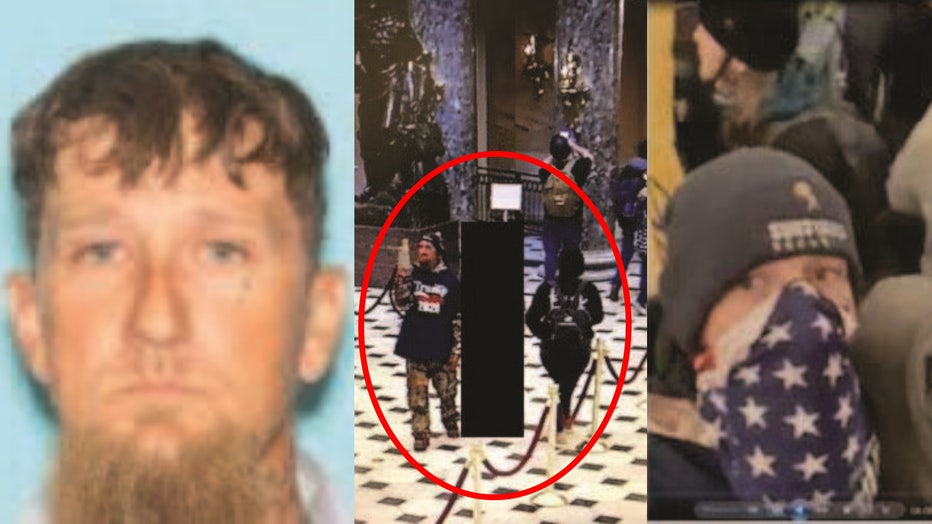 Jenny Spencer's "participation in a riot that actually succeeded in halting the Congressional certification combined with the defendant involving her minor child renders a sentence of incarceration both necessary and appropriate in this case," they wrote.

According to prosecutors, Jenny Spencer saw police shooting tear gas and using percussion grenades on the mob before she and her husband entered the Capitol with their child about six minutes after the initial breach of the building.

Inside the building, the Spencers moved past police officers who were trying to hold back the crowd and then briefly entered Pelosi’s office suite, the memo says.

"Of note, Speaker Pelosi had staff members who were trapped inside that suite as the rioters called for Speaker Pelosi steps away from them," prosecutors wrote.

Afterward, the Spencers joined another group of rioters who were trying to to enter the House chamber, where members of Congress were sheltering, according to prosecutors.

"Although Jenny Spencer was not at the front of this group and not vocal, for approximately nine minutes, she was part of this particular mob, who were chanting ‘Stop the steal!’ and ‘Break it down!’ in reference to the House Chamber door," prosecutors wrote, noting that Jenny Spencer smoked a cigarette there.

After tear gas was used near the chamber entrance, the Spencers moved into a hallway where a rioter attacked a group of officers, according to prosecutors. They said Christopher Spencer shouted vulgarities at police while other rioters slid furniture at the officers. The Spencers spent more than 30 minutes inside the building before they exited onto a balcony, the memo says.

Jenny Spencer is a stay-at-home mother to her five children, according to prosecutors. She was arrested in Durham, North Carolina, in February.

Lawyers for the Spencers did not immediately respond to emails or telephone calls seeking comment.

More than 670 people have been charged with federal crimes related to the Jan. 6 riot. At least 140 of them have pleaded guilty, mostly to misdemeanor charges.

Prosecutors compared Jenny Spencer's case to that of Boyd Camper, a Montana man who brought his 10-year-old to the Capitol on Jan. 6 but left the boy outside with a friend before storming the building. A judge sentenced Camper last month to 60 days imprisonment.

Prosecutors acknowledged that Jenny Spencer was among the earliest to accept responsibility.

"On the other hand, her actions on January 6, 2021, specifically, being adjacent to violent activity, bringing her minor child along, and minimizing her role, left a stain on this nation’s history and underscores the need for specific deterrence in this case," they wrote.