R. Kelly's legal team is investigating after they say someone stole his music and illegally released a new album titled "I Admit it."

CHICAGO - R. Kelly's legal team is investigating after they say someone stole his music and illegally released a new album titled "I Admit it."

The 56-minute album was uploaded on multiple streaming platforms including Spotify and Apple Music.

A federal jury in the rapper's hometown of Chicago convicted him in September for producing child pornography and enticing girls for sex. He is set to be sentenced Feb. 23. The six counts on which he was convicted could lead to a sentence of between 10 and 90 years in prison.

The recent Chicago trial came months after another guilty verdict in New York. Kelly was sentenced by a federal judge in June to 30 years in prison for racketeering and sex trafficking.

Kelly, once one of the world's biggest R&B stars, achieved superstar status for work including the 1996 hit "I Believe I Can Fly" and the cult classic "Trapped in the Closet," a multi-part tale of sexual betrayal and intrigue. 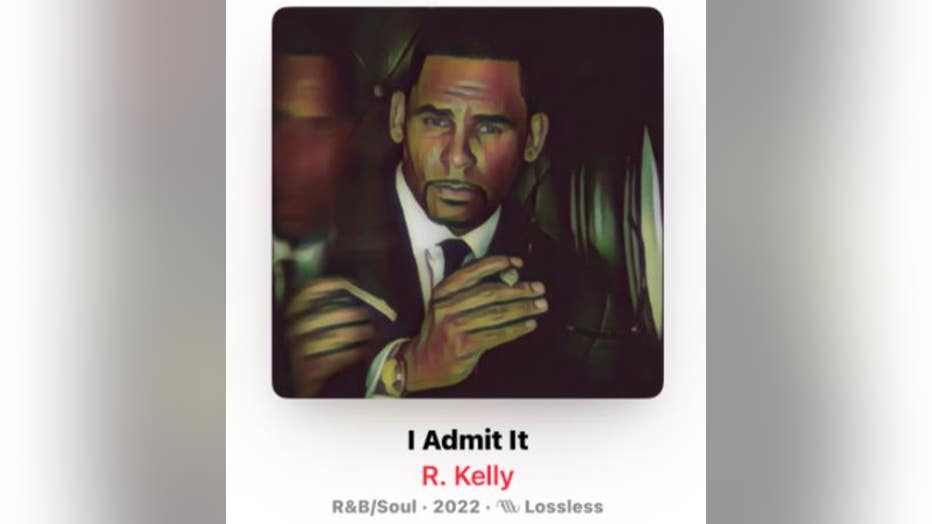 Kelly's new 13-song album is rounded out with three tracks all called "I Admit It (I Did It)" with a part 1, 2 and 3. The songs were initially uploaded on the internet in 2018 as one 19-minute track.

Part 2 appears to address the allegations against him. The rapper says, "I admit I f*** with all the ladies, that's both older and young ladies. But tell me how they call it pedophile because that shit is crazy. You may have your opinions, entitled to your opinions – But really am I supposed to go to jail or lose my career because of your opinion."

The album features songs with titles like, "I Found Love," "She Deserve," and "Last Man Standing."

Spotify removed R. Kelly’s music from its playlists in 2018, citing a new policy on hate content and hateful conduct.

"While we don’t believe in censoring content because of an artist’s or creator’s behavior, we want our editorial decisions – what we choose to program – to reflect our values," Spotify said in a statement at the time. "So, in some circumstances, when an artist or creator does something that is especially harmful or hateful (for example, violence against children and sexual violence), it may affect the ways we work with or support that artist or creator."

Kelly’s music was taken off of the streaming service’s owned and operated playlists and algorithmic recommendations.