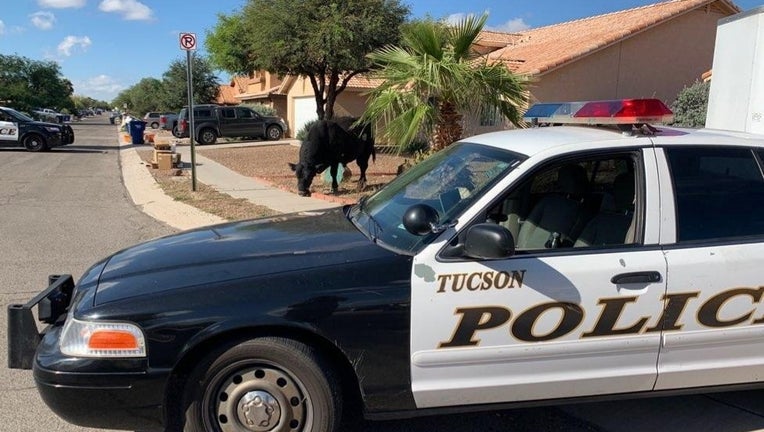 TUCSON, Ariz. - No bull: Tucson police had to respond Tuesday morning to reports of a bull roaming a neighborhood near an elementary school.

The animal somehow got loose in the city’s Rita Ranch community, and police found it casually grazing on some scrub grass among the gravel along a home’s front lawn.

The bull was not harmed, and there was no damage to any property, Magos said.

Ranchers were trying to help get the bull back to its rightful owner.