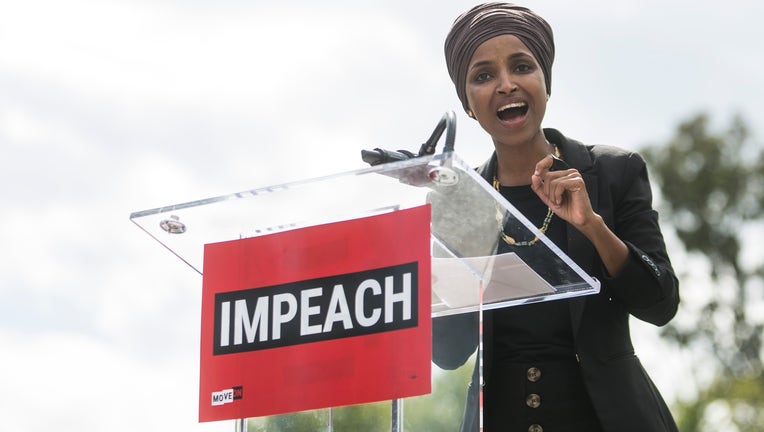 WASHINGTON, D.C. (FOX 9) - Rep. Ilhan Omar says she is writing articles of impeachment against President Donald Trump after a large mob of his supporters breached the U.S. Capitol Wednesday.

In a tweet, Omar said Trump "should be impeached by the House of Representatives & removed from office by the United States Senate."

Omar called the events of Wednesday a "coup attempt" and called the rioters "armed terrorists."

"We can’t allow him to remain in office," she said in the tweet. "It’s a matter of preserving our Republic and we need to fulfill our oath."

Omar went on to say, "All leaders should denounce this coup. And the President should be impeached and removed from office for his open sedition."

The rioters breached the Capitol after a rally led by President Trump earlier in the day Wednesday, where he disputed the outcome of the election and called for his supporters to march to the Capitol to protest Congress's certification of the Presidential election results. Later Wednesday, he called for an end to the violence while calling the rioters "special" people.

The President’s term ends in 14 days. The President was impeached but not removed about one year ago. 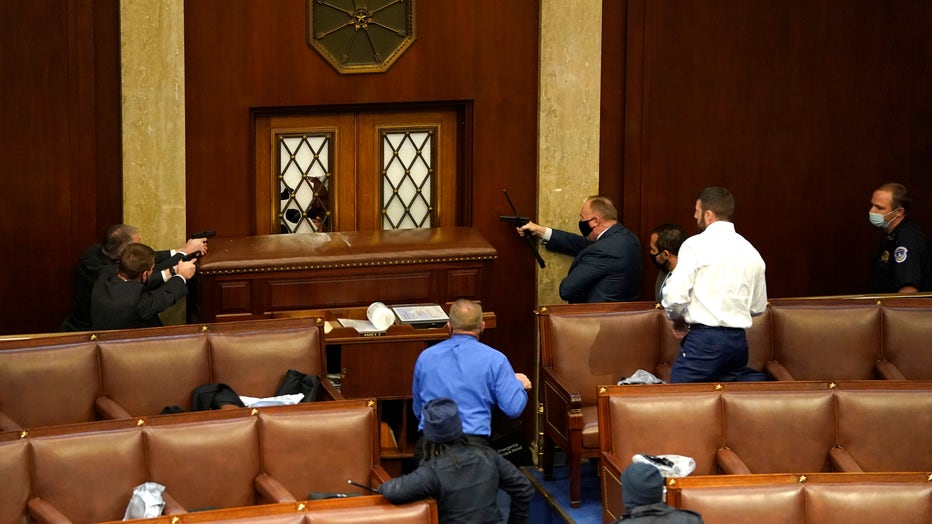 WASHINGTON, DC - JANUARY 06: Law enforcement officers point their guns at a door that was vandalized in the House Chamber during a joint session of Congress on January 06, 2021 in Washington, DC. Congress held a joint session today to ratify Presiden