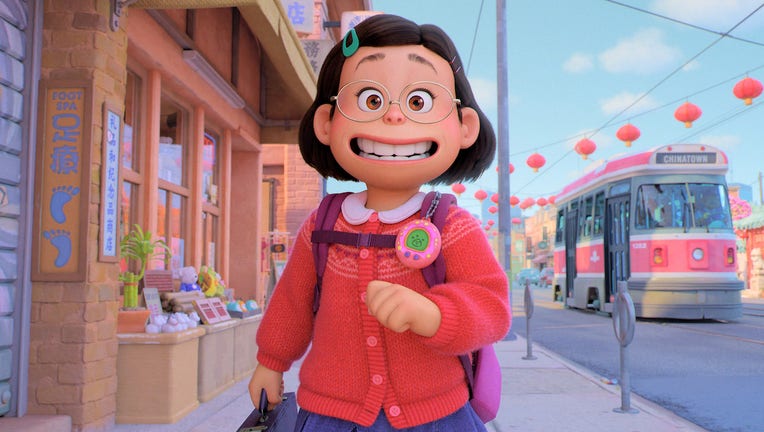 LIFE IS GOOD – In Disney and Pixar’s all-new original feature film “Turning Red,” 13-year-old Meilin Lee is happy with her friends, school and, well, most of the time her family—until the day when she begins to “poof” into a giant red panda at decide

Chicago - There’s a special kind of joy that comes from watching a film that’s completely confident in its eccentricities. One made by a filmmaker who clearly knew from the start what they wanted their movie to be and seemingly got the chance to execute their vision uncompromised.

That’s exactly the spirit that fuels "Turning Red," the latest offering from Pixar Studios. Director/co-writer Domee Shi previously offered a taste of her idiosyncratic voice in her Oscar-winning animated short "Bao," which followed an aging mother who loved her bao bun son so much she literally ate him. "Turning Red" is just as weird and wonderful but with even more room to flesh out its quirky, moving world.

RELATED: The essential kids and family movies of 2021: ‘Encanto’ on Disney+, ‘Vivo’ and more

At least until she wakes up one morning as a giant red panda.

About ‘Turning Red’: Finding the universal in the specific 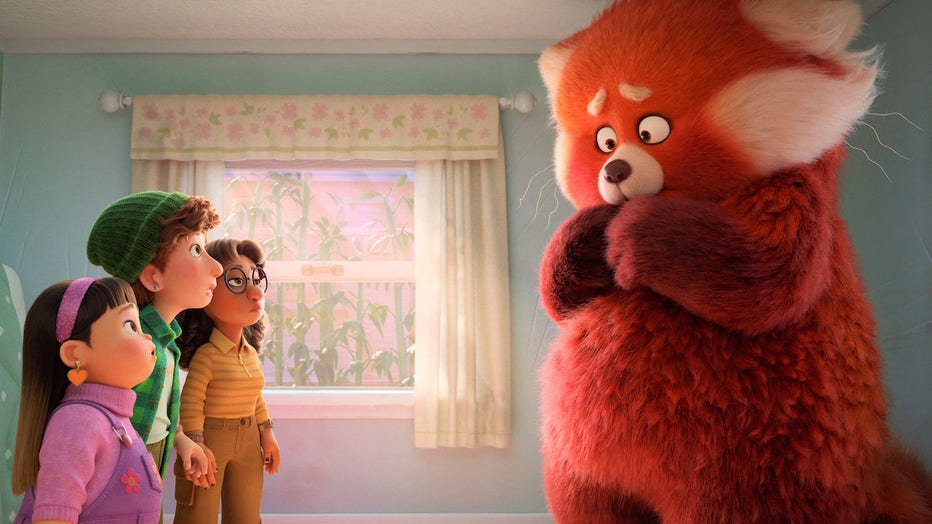 WE’VE GOT YOUR (FLUFFY) BACK – In Disney and Pixar’s all-new original feature film "Turning Red," everything is going great for 13-year-old Mei—until she begins to "poof" into a giant panda when she gets too excited. Fortunately, her tightknit group

What works so well about "Turning Red" is its savvy mix of universality and specificity. Shi’s story is set in Toronto in 2002, often within the Chinese-Canadian enclave where Mei helps her mom run the oldest temple in the city. And "Turning Red" isn’t afraid to ground its story in the hyperactive, emotional rollercoaster of an experience that is life as a tween girl. (When Mei first starts freaking out about her big change, her mom mistakes it for a period and loads her daughter up with pads, pain relievers, and a hot water bottle — a wonderfully normalizing moment for mensuration in kids entertainment.)

Yet within that specific storytelling framework, Shi crafts a story that feels as universal and timeless as any entry in the Pixar canon. She and co-writer Julia Cho are particularly smart not to make Mei’s "panda" an allegory for just one thing. It’s obviously first and foremost a puberty metaphor, both for the strange physical sensation of suddenly existing in a hairy, smelly, unfamiliar body and for the wild hormonal shifts that can pop up unexpectedly. (Mei’s panda first appears after she develops a crush on a neighborhood cashier.)

But "Turning Red" is equally about the broader emotional tumult that comes from growing up and carving out your own identity outside of your family. Like the Hulk before her, Mei’s transformations are tied to strong emotions, and she’s able to ''poof" back to normal when she's calm. But what's the difference between healthily managing your emotions and unhealthily denying them? Especially in a world that unfairly expects you to exist in just one box?

In that way, "Turning Red" would make a nice companion piece to "Inside Out," which also looked at the complex emotional realities of growing up as a tween girl. But it equally feels like a spiritual sequel to (or perhaps spiritual retribution for) "Brave," the film for which Pixar hired its first female director, Brenda Chapman, to craft a personal story inspired by her relationship with her daughter — before firing and replacing her with a male director who rewrote huge chunks of the movie.

Ten years later, Shi is now the second woman to have a directing credit on a Pixar film and the first to have a solo directing credit. And like Chapman, she has a pronounced interest in mother/daughter themes and intergenerational relationships. (It turns out Mei’s panda problem runs in the family.)

Again, however, Shi brings wonderful specificity to her film. Instead of the familiar ‘restrictive mom vs. rebellious teen’ dynamic, "Turning Red" offers something much more emotionally complex. Mei actually has a great relationship with her parents and genuinely enjoys spending time with them and making them proud. It’s just that she’s also starting to develop interests outside of her family too, and she’s struggling to balance that with a mom who would clearly prefer to keep her daughter frozen in amber. 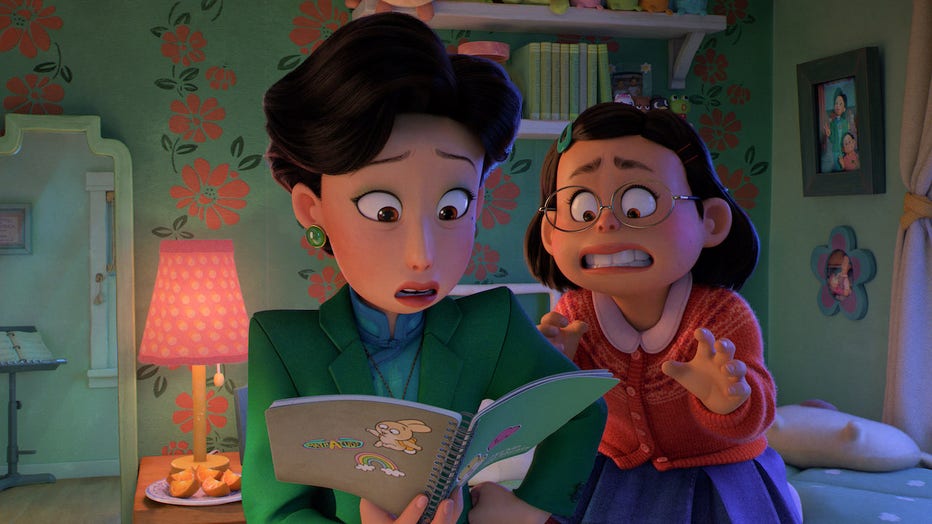 "Turning Red" is filled with appreciably nuanced relationships, from the way Ming Lee copes with her daughter’s growing independence by blaming her middle school friends as bad influences, to the layered group dynamics of Mei’s wonderfully excitable girl gang. And Shi complements that emotional originality with an animation style that feels just as unique. Mei sometimes breaks the fourth wall, Ferris Bueller-style, to narrate directly to the audience. And characters gain anime-style sparkly eyes when in the throes of a lustful crush — one of the many joyfully exuberant touches that give "Turning Red" a flair all its own.

Indeed, for a movie about the importance of not forcing yourself to exist in just one box, "Turning Red" proudly practices what it preaches: It has a colorfully chaotic energy that will appeal to kids, a nostalgic setting aimed squarely at Millennials and a funny, moving message that will speak to anyone who’s ever done a little growing up.

Zapped (2014): Superstar-in-the-making Zendaya stars as a "teenager who struggles to adjust to her new stepfamily and school," whose life takes a turn "when a dog training app gives her the power to control boys." Rated TV-G. 92 minutes. Dir: Peter Deluise. Also featuring Chanelle Peloso, Spencer Boldman.

Scooby-Doo Where Are You? (1969): Shaggy, Scooby, Fred, Velma and Daphne pile into the Mystery Machine to investigate spooky, supernatural occurences in this classic Hanna-Barbera Saturday morning cartoon. If the kid in your life doesn’t already know this show’s iconic theme song by heart, now is the perfect time to teach them. Rated TV-G. 25 episodes.