Santa Clara County Sheriff Laurie Smith spoke with KTVU's Jesse Gary near the scene of the VTA facility where a mass shooting unfolded early Wednesday morning. The deceased victims remain inside of the building, as bomb detection K-9's and robotics are flown to San Jose to determine if the facility is safe to enter.

SAN JOSE, Calif. - A mass shooting at a Valley Transportation Authority light rail yard in San Jose on Wednesday morning during a meeting left multiple people injured and 10 people dead - including the shooter, according to authorities and sources.

The shooter was employed as a VTA rail technician, according to the Santa Clara County Sheriff's Office. The attacker was identified as 57-year-old Sam Cassidy, according to two law enforcement officials. Investigators offered no immediate word on a possible motive.

Santa Clara County District Attorney Jeff Rosen said the gunman killed himself following the massacre, which left a tight-knit transit community in shock and mourning. It was the worst Bay Area mass shooting since 1993.

By Wednesday evening, Santa Clara County's medical examiner - coroner's office identified nine of the victims; their ages ranged from 29 to 63. One man died late Wednesday night at the hospital.

The victims' names are as follows:

Their jobs included bus and light rail operators, mechanics, linemen and assistant superintendent. One had worked for the transit authority since 1999.

Singh had worked as a light-rail train driver for eight or nine years and had a wife, two small children and many family members, said his cousin, Bagga Singh.

"We heard that he chose the people to shoot, but I don't know why they choose him because he has nothing to do with him," he said. He said he was told that the gunman targeted certain people and let others go.

"There are no words to describe the heartache we are feeling right now, especially for his family," he wrote on Facebook. "Eight families are feeling this same sense of loss tonight and our entire community is mourning as well."

At an afternoon news conference, Rosen said it was not clear if there were any red flags that could have aided law enforcement from preventing the shooting. "We don't have the answers yet," he said regarding the investigation.

RELATED: Here's what we know about the VTA gunman

In addition, Rosen said multiple guns were recovered from the scene but, "none were ghost guns." 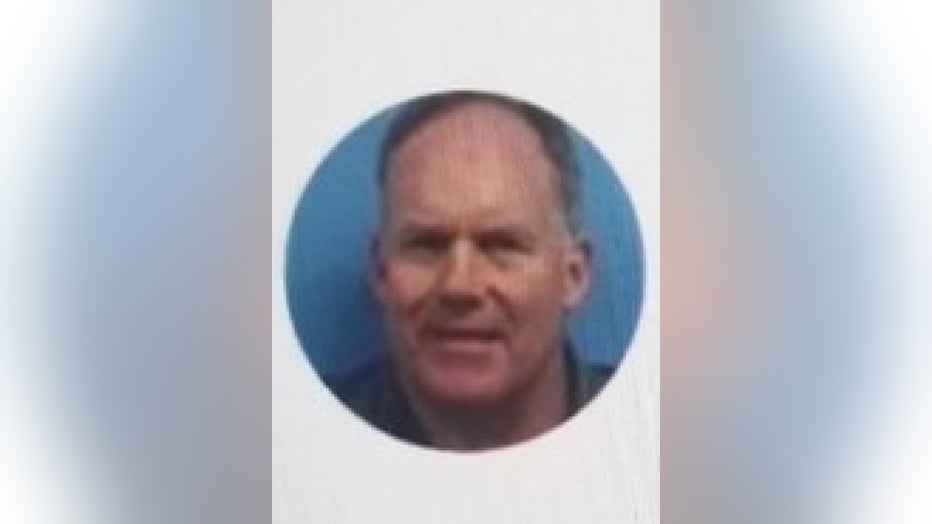 Photo of the alleged gunman, Samuel James Cassidy, who opened fire at a VTA rail yard in San Jose.

Meanwhile, Cassidy's home on Angmar Court was the site of a suspicious fire Wednesday morning that broke out shortly before the mass shooting.

Law enforcement investigators and vehicles lined the streets in front of his home through the afternoon. There were reports of gasoline and ammunition found throughout the house.

Here's what we know about VTA gunman Samuel Cassidy

The suspect in a shooting at a VTA facility in San Jose has been identified by sources as employee Samuel Cassidy. KTVU's Evan Sernoffsky reports.

A series of 911 calls prompted a flood of first responders and police, who had to conduct a rescue operation of those left wounded inside the building. The ATF and the FBI were called in to help investigate what happened and why.

Davis would not elaborate on the type of weapon used or whether the shooting occurred inside or outside the building, which is a VTA hub that stores trains and serves as a maintenance yard. He also wouldn't say how many people were injured or taken to the hospital.

"This is a fluid and active investigation," Davis said.

Two patients were transported to Santa Clara Valley Medical Center, according to spokesperson Joy Alexiou. One person was pronounced dead upon arrival, and the other was in critical condition.

It was not immediately clear if there were other patients taken to other hospitals.

Ground and aerial video showed dozens of patrol cars and fire engines lined the streets near the transit yard.

Newsom speaks at scene of VTA mass shooting: "What the hell is going on in the United States of America"

"This was a horrible tragedy," VTA Board Chairperson Glenn Hendricks said, adding how proud he was of all the employees who were soldiering on. "We're so sorry this happened. We're so sorry for you.

"It’s just very difficult for everyone to be able to try to wrap their heads around and understand what has happened," he added, his voice choked with emotion.

The VTA provides bus, light rail, and paratransit services and is a partner in regional rail service including Caltrain, Capital Corridor, and the Altamont Corridor Express

The VTA suspended light rail service at noon and said it would use bus bridges to fill the gap.

Sheriff Laurie Smith said she didn't want to share too many details as developments were unfolding in real-time. The sheriff's office would not confirm the motivation behind the shooting. 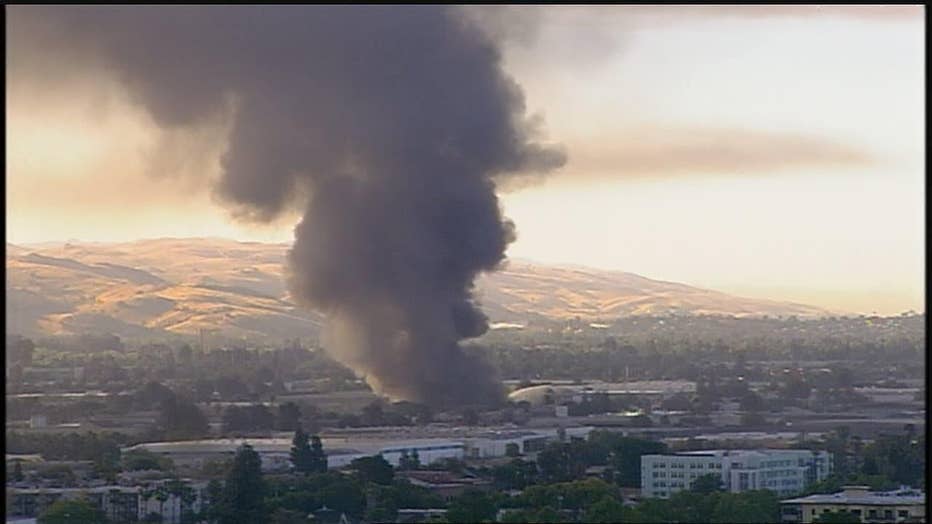 Shortly after the shooting, the mother of a VTA employee told KTVU her son called her to say that he was taken safely in the auditorium of the sheriff's office. Her son told her that the shooting occurred during a meeting of union members. She wasn't sure if it was an official meeting or not. Another employee described the meeting as just a regular morning meeting of shift employees.

Amalgamated Transit Union International President John A. Costa issued a statement that said: "We are shocked and deeply saddened by the multiple fatalities and injuries at a shooting today at a VTA rail facility. Our hearts and prayers are with our sisters, brothers, and their families at ATU Local 265 in San Jose."

Costa said the union is working to provide support and assistance to the victims’ families, and "everyone impacted by this tragic event." 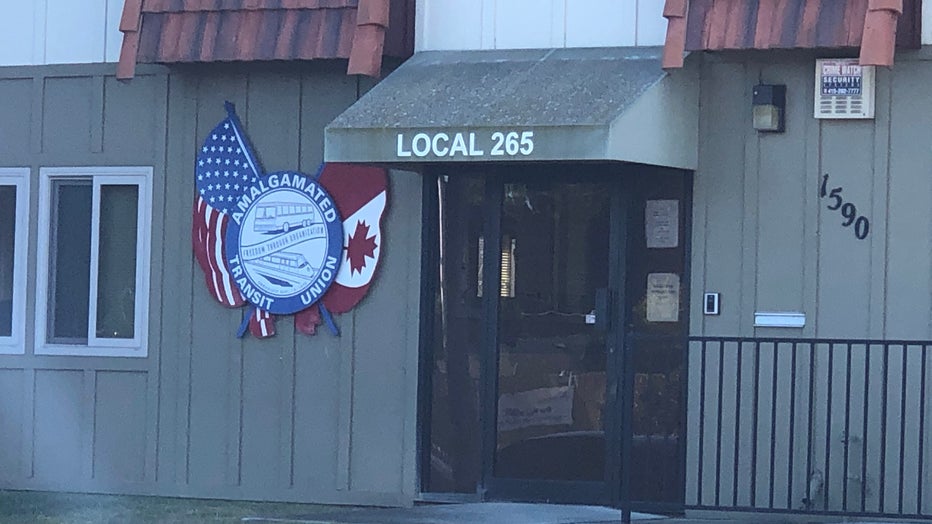 Michael Hawkins, 19, the son of a VTA employee, also told KTVU that his mother was working at the time of the shooting and was very scared when it happened. She ended up calling him on her co-worker's phone because she had dropped hers.

"I don't know how many people were with her," Hawkins said. "I think she was very close to the shootings. I guess she hid in the room with the rest of her coworkers."

VTA presidents gets emotional while speaking on SJ railyard tragedy

VTA President Glenn Hendricks got emotional as he spoke on a horrible massacre that happened at a San Jose railyard.

The loss of life garnered international attention, and Mayor Sam Liccardo tried to assuage the public that "the shooter is no longer a threat."

At a news conference, Liccardo added that this was a "horrific day for our city and a tragic day for the VTA family."

He vowed that this should "never happen again" in San Jose, signaling some type of gun reform ordinances coming in the next two days.

Liccardo said that he knows several people who were working there at the time. And despite the pain, Liccardo said he knows the city will get through this.

Santa Clara County Supervisor Cindy Chavez said it's important to remember that the VTA employees have been heroes all throughout the coronavirus pandemic, driving buses and taking people where they needed to go.

"And now we're calling them to be heroes a second time," Chavez said, in reference to the tragedy.

Gov. Gavin Newsom took the podium at a press conference in San Jose where he asked, "What the hell is going on in the United States of America? What the hell is wrong with us?"

Samuel Cassidy, the 57 year-old VTA employee who opened fire and killed 8 of his colleagues, set his house on fire right before the mass shooting. Hear from one of his neighbors, who describes Cassidy as a weird and rude person that he tried to avoid.

"It just feels like it happens over and over and over again," the governor said. Newsom called for America to "wake up to this reality and take a little damn responsibility, all of us."

Santa Clara County Sheriff Laurie Smith spoke with KTVU's Jesse Gary near the scene of the VTA facility where a mass shooting unfolded early Wednesday morning. The deceased victims remain inside of the building, as bomb detection K-9's and robotics are flown to San Jose to determine if the facility is safe to enter.

The shooting also grabbed the attention of President Joe Biden.

Former presidential candidate and now US Secretary of Transportation Pete Buttigieg tweeted: "My heart breaks for the families and colleagues of those lost in today's shooting at the Santa Clara Valley Transportation Authority light rail operations facility. Transit workers have kept the traveling public safe this past year—we must do the same for them."

The last mass shooting in the South Bay occurred in July 2019 at the Garlic Gilroy Festival.

That's when Santino Legan walked into the annual family festival and opened fire.

Two children, Stephen Romero, 6, and Keyla Salazar, 13, were killed. So was 25-year-old Trevor Irby. Another 17 people were injured before Legan turned the gun on himself as police moved in.

Nationwide, the VTA mass shooting was the latest of at least eight deadly U.S. mass shootings in the past three months, including a string of attacks at Atlanta-area day spas in mid-March and a rampage days later that left 10 people dead at a Colorado supermarket.

Last month, a former employee of an Indianapolis FedEx center shot eight workers to death and then took his own life.

Those who wish to support the victims in the VTA shooting can click here. 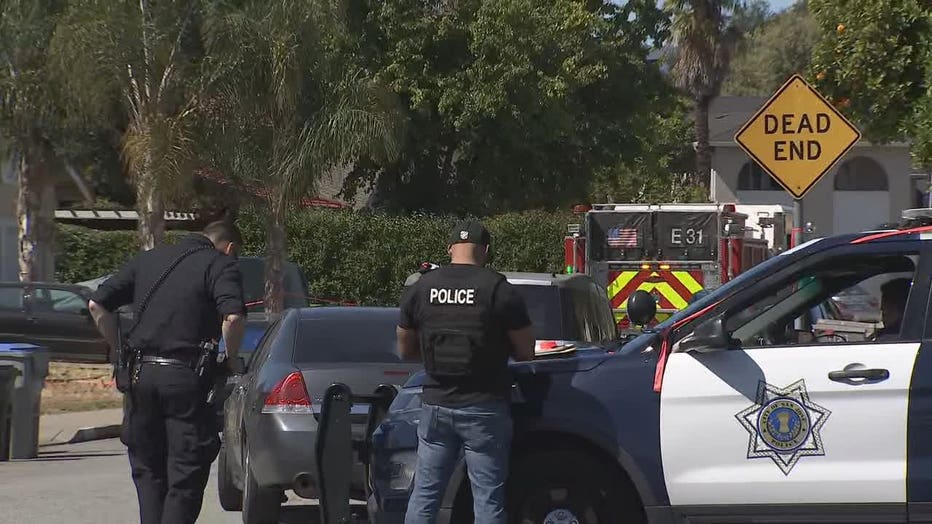 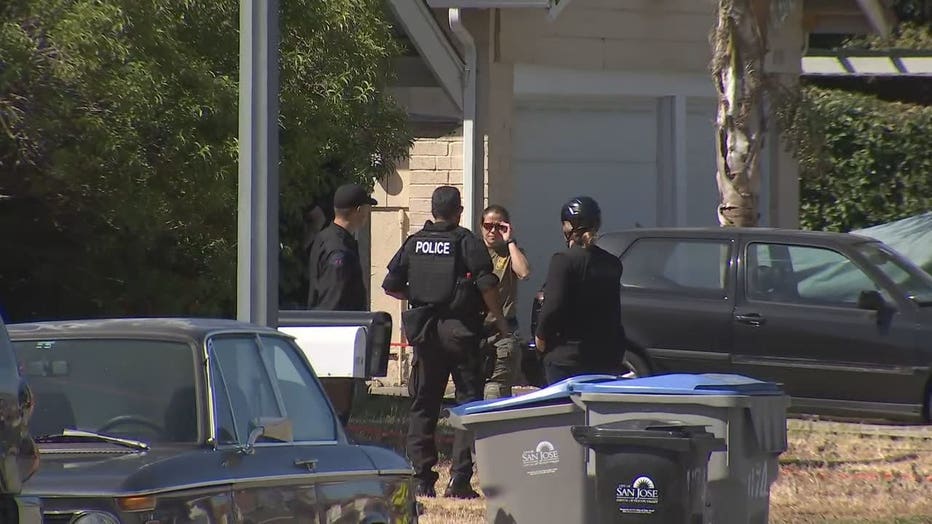 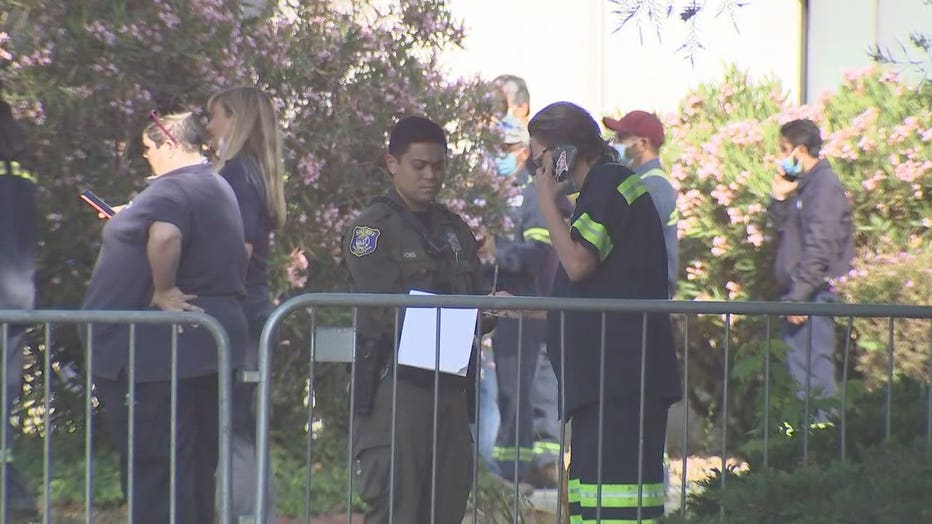 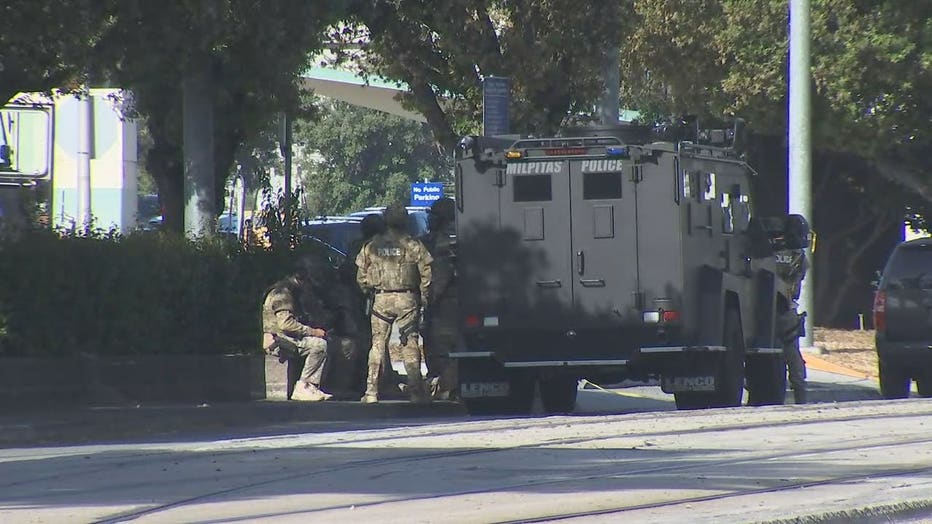 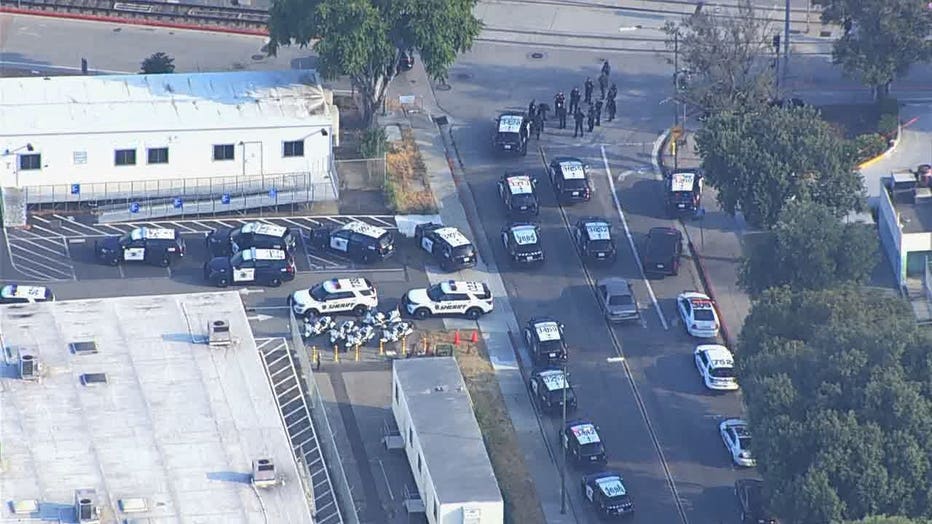 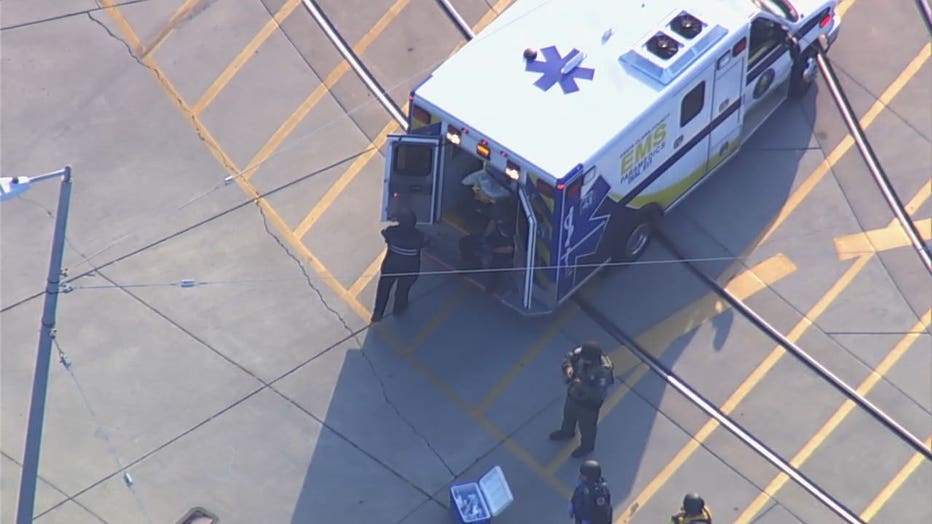 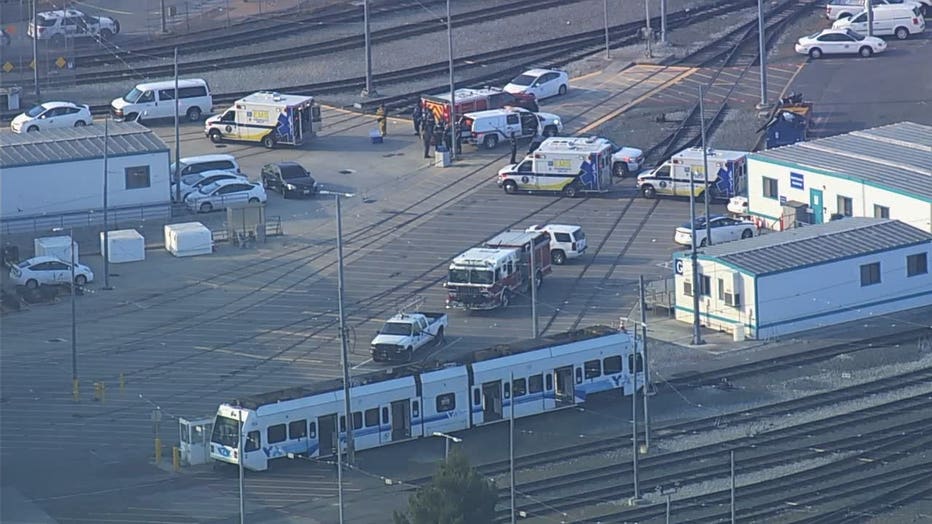 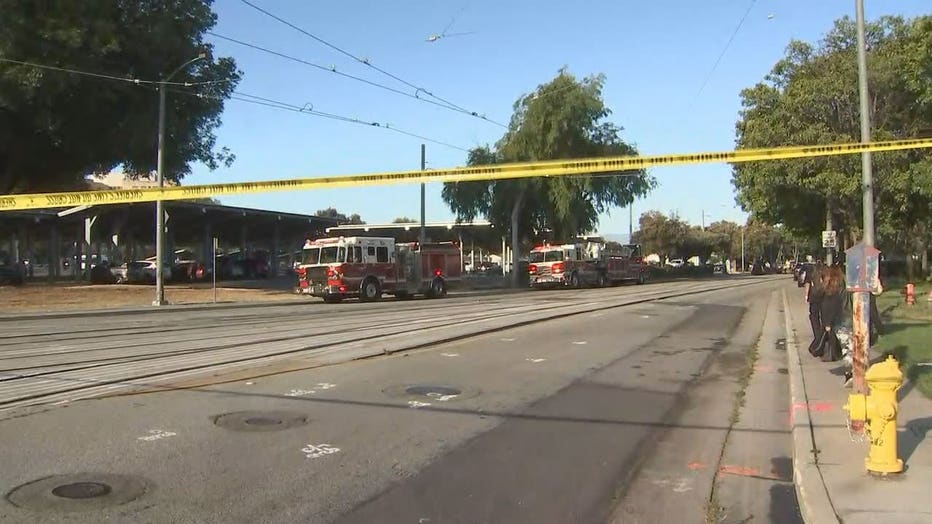 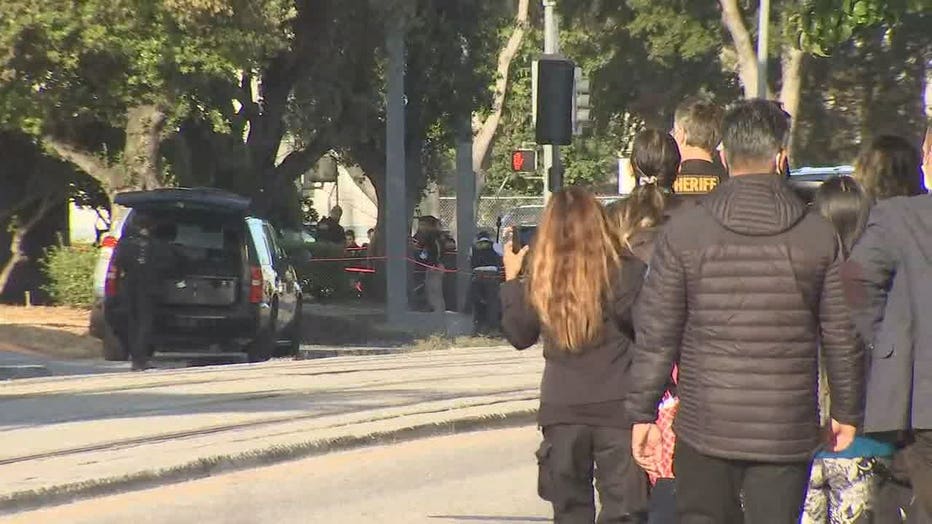 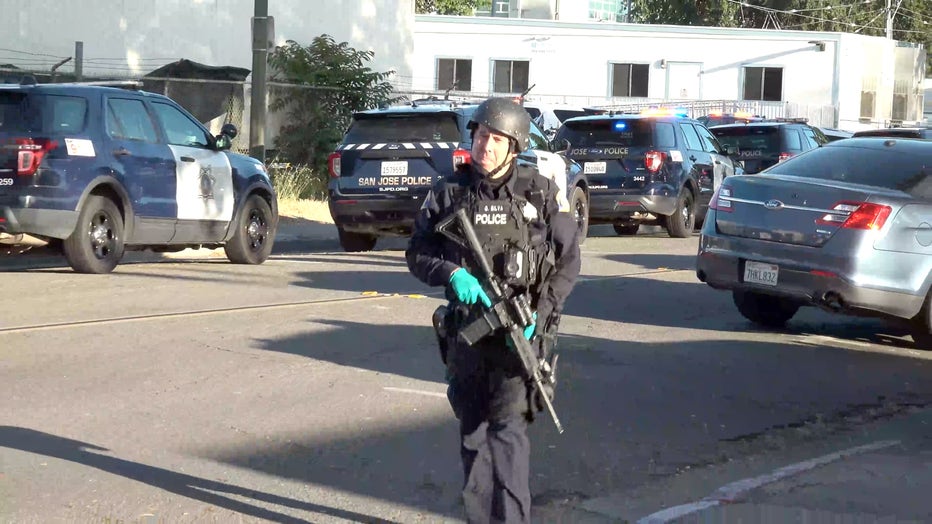 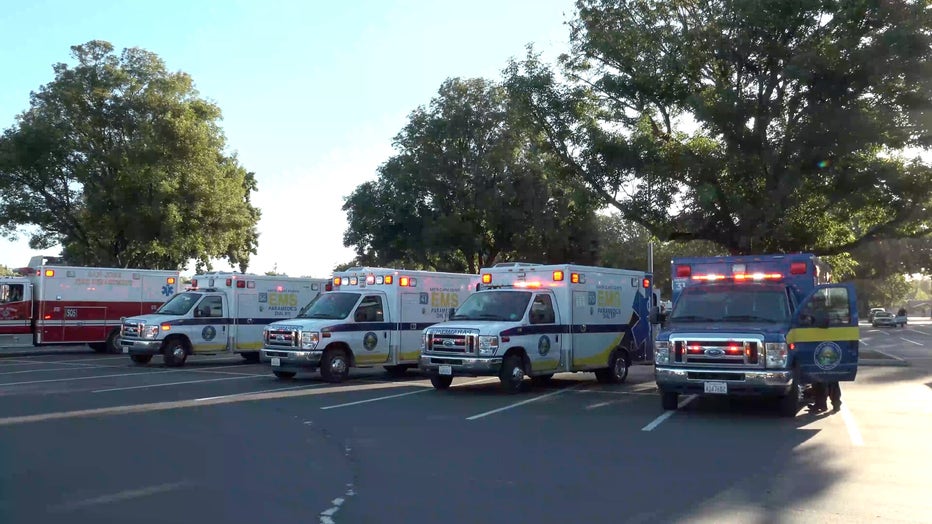 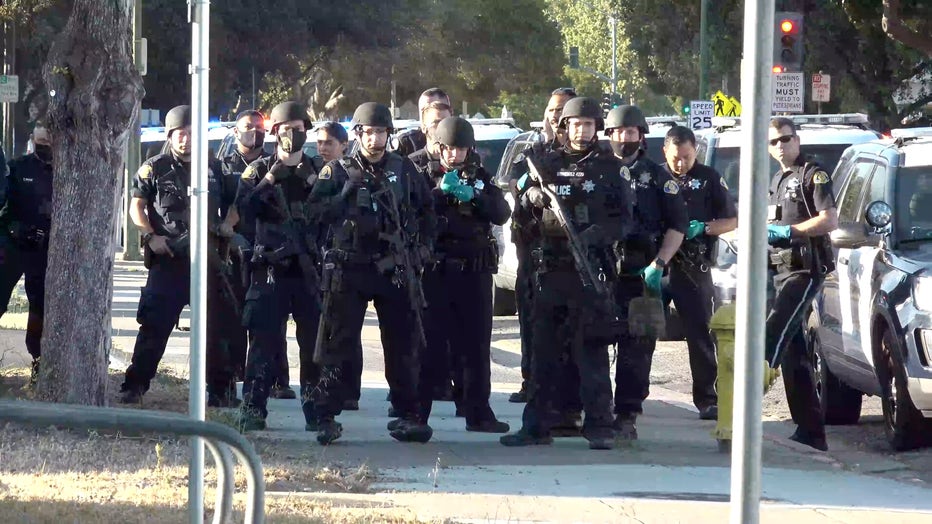 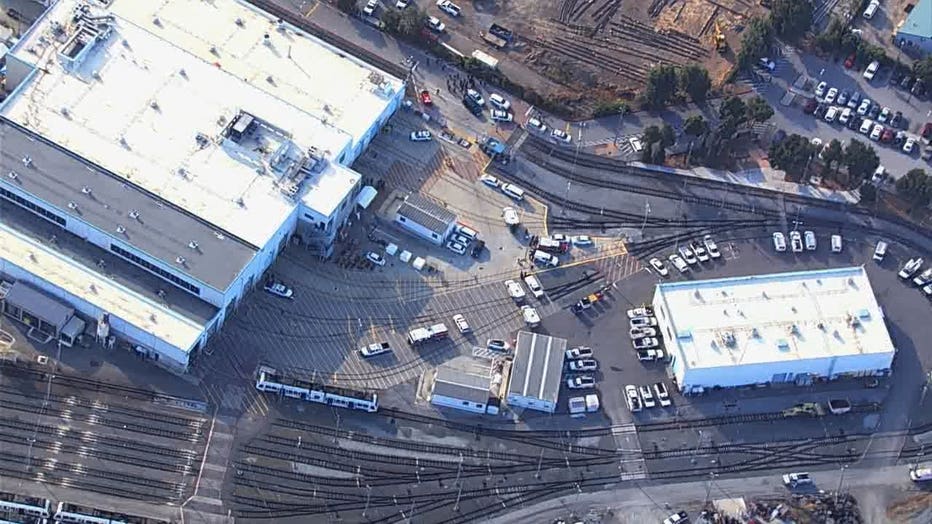 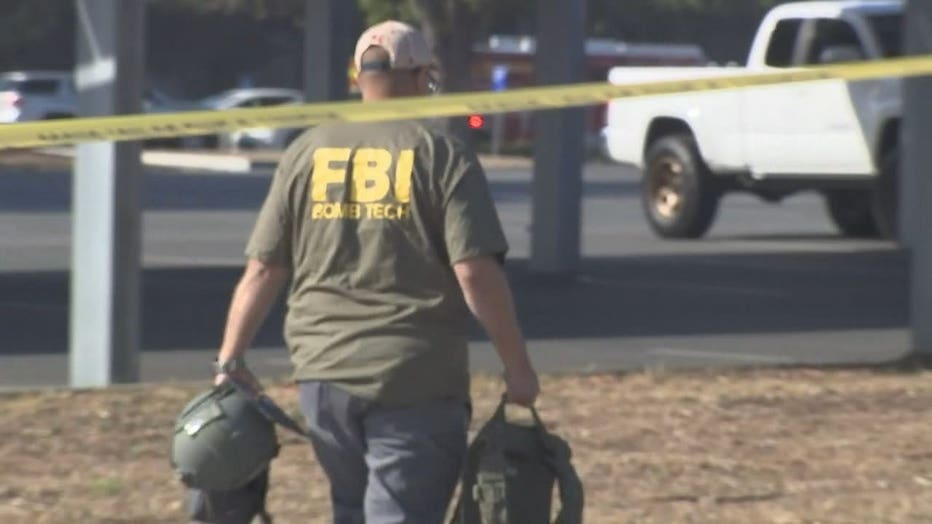