Security camera footage captured Dasher, Dancer, Prancer and the rest of the reindeer going for a practice run on a snowy Connecticut street. Credit - Tony Bianchi via Storyful

The video shows several deer early in the morning on Dec. 22 visiting the coastal city of Milford. The "reindeer" are seen in a single-file line going for a stroll down the street, perhaps on a practice run or scouting out the neighborhood before their big journey around the world with Santa Claus.

Local resident Tony Bianchi shared the footage on TikTok, writing, "We had some visitors last night."

Santa and his reindeer, who are guided by Rudolph’s red nose, are being tracked by the North American Aerospace Defense Command (NORAD). On Christmas Eve, children across the globe can see St. Nick’s exact location at any given moment.

NORAD volunteers will be fielding phone calls (1-877-HI-NORAD) and emails from curious kiddos wanting to find Kris Kringle. Kids can also visit NORAD’s website to see how long they have until it’s time to set out the milk and cookies (and carrots). 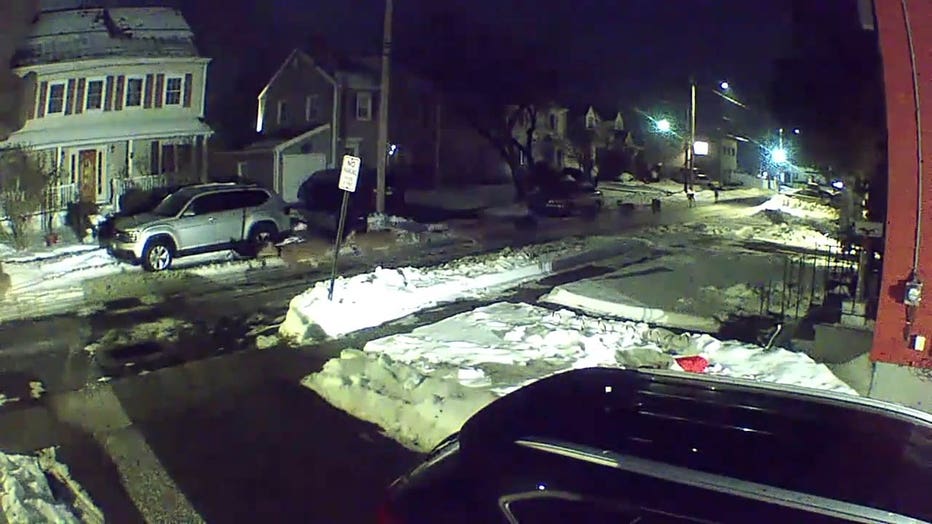 Several of Santa’s “reindeer” were spotted strolling down this neighborhood street on Dec. 22 in Milford, Connecticut. (Photo credit: Tony Bianchi via Storyful)

And because there are so many children on earth, Santa and his reindeer move very fast.

In fact, an astronomer and astrophysicist once calculated that Santa’s sleigh moves at an astonishing 650 miles per second, 3,000 times the speed of sound, in order to make to every child’s house by Christmas morning.