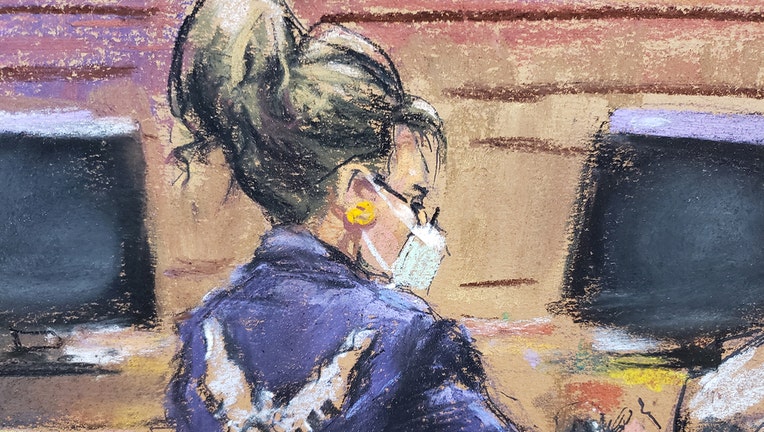 The judge ruled the former Alaska governor's case over a 2017 editorial should be thrown out because her lawyers didn't provide evidence that the paper purposely published false information or acted with malice to damage her reputation.

U.S. District Judge Jed Rakoff says he will not file his ruling until after the jury reaches its verdict because he expects it to be appealed.

A Times lawyer conceded the newspaper had made a mistake but argued there was no evidence it had set out to damage Palin.  The paper ran a correction but never apologized to Palin.

In his closing argument, Times lawyer David Axelrod called the case "incredibly important because it’s about freedom of the press."

PALIN SAYS 'OVER MY DEAD BODY' ABOUT COVID VACCINE

To prevail in the suit, the plaintiff "needs to show that it wasn’t just an honest mistake" but "that they printed something that they knew was false," he said. The evidence showed "Gov. Palin can’t come close to meeting that burden," he added.

He also pointed out that the Palin lawsuit makes no claim that she lost income because of the editorial. "She doesn't do that because it didn't happen."

Jurors deliberated about two hours at the end of the day without reaching a verdict on Friday. They resumed deliberating on Monday morning.

Palin sued the Times for unspecified damages in 2017, about a decade after she burst onto the national stage as the Republican vice-presidential nominee. She alleged the newspaper had damaged her career as a political commentator and consultant with the editorial about gun control published after U.S. Rep. Steve Scalise, a Louisiana Republican, was wounded when a man with a history of anti-GOP activity opened fire on a Congressional baseball team practice in Washington.

In the editorial, the Times wrote that before the 2011 mass shooting in Arizona that severely wounded former U.S. Rep. Gabby Giffords and killed six others, Palin’s political action committee had contributed to an atmosphere of violence by circulating a map of electoral districts that put Giffords and 19 other Democrats under stylized crosshairs.

The trial had to be delayed because Palin tested positive for the coronavirus as it was set to begin.

Former Alaska Gov. Sarah Palin returned to a Manhattan courtroom after testing positive for COVID last week. She is suing the NY Times for libel.