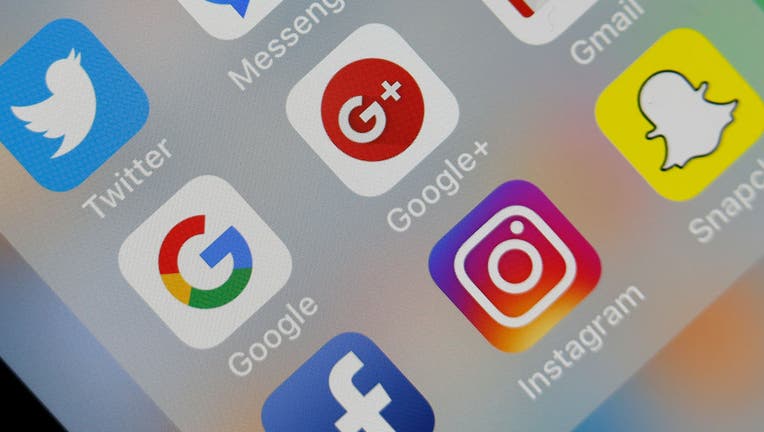 In this photo illustration, the social medias applications logos, Twitter, Google, Google+, Gmail, Facebook, Instagram and Snapchat are displayed on the screen of an Apple iPhone. (Photo Illustration by Chesnot/Getty Images)

Two U.S. lawmakers introduced bipartisan legislation this week that would aim to address the negative impacts of social media.

The goal of the Social Media NUDGE Act, introduced by Senators Amy Klobuchar (D-MN) and Cynthia Lummis (R-WY), is to identify ways of intervening with someone’s social media habits, particularly when they are harmful or addictive. NUDGE is short for Nudging Users to Drive Good Experiences on Social Media.

In her testimony, Haugen accused the social media platform of failing to make changes to Instagram after internal research showed apparent harm to some teens and suggested dishonesty in its public fight against hate and misinformation. Her accusations were supported by tens of thousands of pages of internal research documents she secretly copied before leaving her job in the company’s civic integrity unit.

She testified Congressional action is needed to intervene.

"The company’s leadership knows how to make Facebook and Instagram safer but won’t make the necessary changes because they have put their astronomical profits before people," she said.

Facebook issued a statement in response to Haugen’s testimony, saying the company doesn’t agree with "her characterization of many issues."

Frances Haugen, a former product manager for Facebook, testified before a Senate committee investigating online safety for children, revealing the company's practice of choosing profit over actions that would further protect users. Haugen provided the committee with documents that she said "prove that Facebook has repeatedly misled us about what its own research reveals about the safety of children, its role in spreading hateful and polarizing messages, and so much more."

The bill introduced Thursday would commence an initial study by the National Science Foundation (NSF) and the National Academy of Sciences, Engineering, and Medicine (NASEM) that would identify ways to intervene with someone’s social media habits, like by asking users if they want to read an article before sharing it.

The study’s findings must then be reported to Congress and the Federal Trade Commission, with the FTC then laying the groundwork for applying the findings to social media platforms. The platforms must then implement the recommendations and disclose how they are complying.

Non-compliance could be treated as a violation, such as unfair or deceptive acts of practices, with enforcement and punishment handled by the FTC.

"For too long, tech companies have said ‘Trust us, we’ve got this.’ But we know that social media platforms have repeatedly put profits over people, with algorithms pushing dangerous content that hooks users and spreads misinformation," Klobuchar said.

Lummis said the study will help the public "fully understand the impact the designs of these platforms and their algorithms have on our society."

"From there, we can build guardrails to protect children in Wyoming from the negative effects of social media. We can build a healthier internet without the federal government dictating what people can and can’t say," she added.