The tennis star smashed it at the 2018 U.S. Open final while playing against Naomi Osaka of Japan.

RUNNEMEDE, N.J. - Serena Williams’ smashed tennis racket from her 2018 U.S. Open defeat by Naomi Osaka recently sold for more than $20,000 at an auction in New Jersey.

Williams infamously damaged the Wilson Blade racket during a clash with chair umpire Carlos Ramos. Ramos initially warned the tennis star for getting coaching during a match, which isn’t allowed. She briefly disputed that ruling, saying cheating “is the one thing I’ve never done, ever.”

Williams was later given a second violation for smashing the racket — leading to more arguing with Ramos. 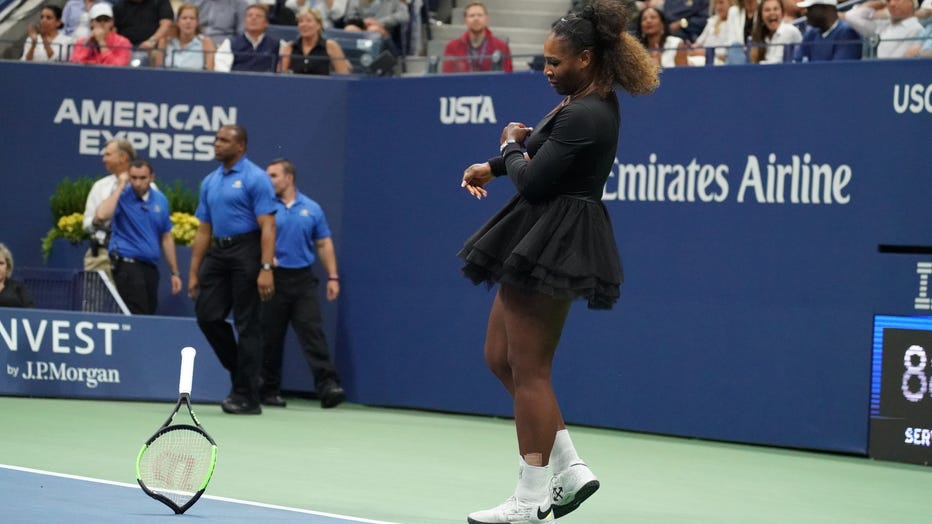 Serena Williams of the U.S. smashes her racket while playing against Naomi Osaka of Japan during their Women's Singles Finals match at the 2018 US Open at the USTA Billie Jean King National Tennis Center in New York on Sept. 8, 2018. (Photo credit: T

Eventually, Williams called Ramos "a thief," drawing the third violation for "verbal abuse" — and costing her a game.

“I have never cheated in my life!” Williams told Ramos. “You owe me an apology.”

The match was Williams’ first U.S. Open after a year hiatus to give birth to her first child. She was also looking for a record-tying 24th major singles title.

Soon after, Williams lost the match and the relatively unknown, 20-year-old Osaka went on to become the first player born in Japan to win a Grand Slam singles title. Williams was later fined a total of $17,000 for the three code violations.

Williams gave the unusual piece of sports memorabilia to U.S. Open ball boy Justin Arrington-Holmes after the match, according to the New York Times. The college student sold it earlier this year to a Manhattan dealer for $500.

The racket recently went up for sale on Goldin Auctions and sold for $20,910, the company said. It was a number of sports pieces up for grabs, including a Jesse Owens gold medal from the 1936 Olympics that fetched an impressive $615,000.

“The racket sold for so much because Serena Williams is likely the most famous female athlete alive and possibly the greatest female of our time,” said Ken Goldin, founder and CEO of Goldin Auctions. “All tennis fans and most casual sports observers remember the incident.” 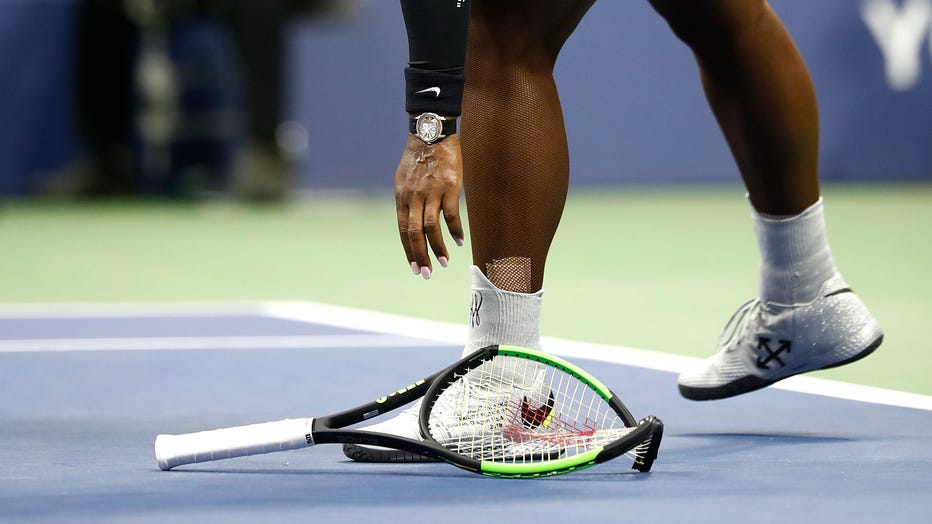 Serena Williams’ broken racket is pictured during her Women's Singles finals match against Naomi Osaka of Japan of the 2018 US Open at the USTA Billie Jean King National Tennis Center on Sept. 8, 2018. (Photo by Julian Finney/Getty Images)

The 1,500-lots of memorabilia generated $4.3 million in sales, with five items closing in excess of $100,000, according to Goldin Auctions.

Holmes told the newspaper that he didn’t think about the racket after selling it to a dealer — until discovering that it was being auctioned for a lot more money.

“Looking back I wish I’d had someone help me with the process,” Holmes told the New York Times. “I was not familiar with how any of this works. I just wanted to get rid of it.”