When Arizona Attorney General Mark Brnovich took office in 2015, he made a concerted effort to educate every Arizonan about the dangers of human trafficking. As it stands, our state has some of the highest numbers of reported cases. As Arizona prepares to host another NFL Super Bowl in 2023, events like that are prime for predators.

PHOENIX - When Arizona Attorney General Mark Brnovich took office in 2015, he made a concerted effort to educate every Arizonan about the dangers of human trafficking.

As it stands, Arizona state has some of the highest numbers of reported cases and the state prepares to host another NFL Super Bowl in 2023, events like the Super Bowl are prime for predators.

Now, outreach has now moved beyond city limits and into what might be considered more rural areas.

Survivor works to educate the community

"So the grooming process for me was very gradual. It began with needing money for rent," said Shuana Sexton, a survivor of human trafficking. She was 25 when her boyfriend of four years forced her into a life of sex trafficking. 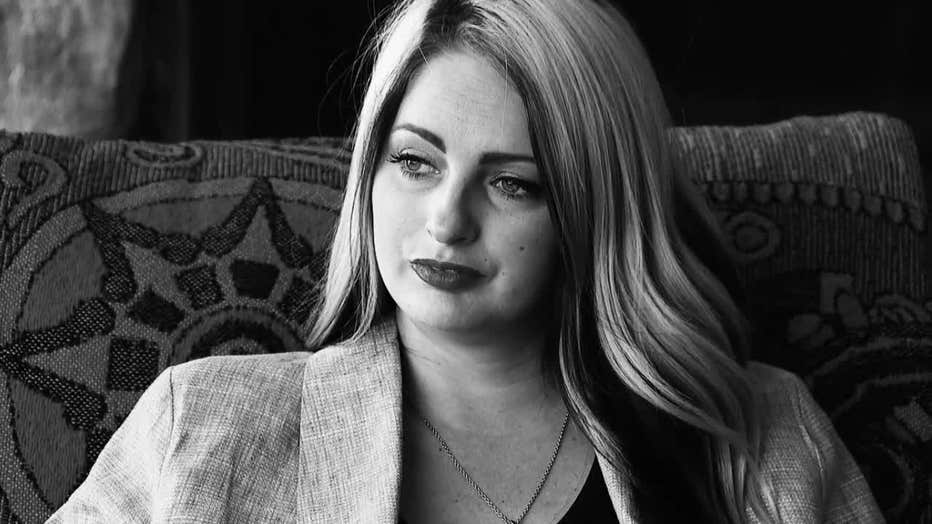 "Looking back now, I’m like wow. I should have seen all that. I should have run if I had a support system around me and maybe I could have, but he did isolate me away from my family," Sexton said.

While being trafficked, she says she was using meth, weighed just 87 pounds and was struggling to stay alive.

Now, she says she beat the odds because instead of arresting her, a police officer took her to rehab.

"I knew there was just nothing more that I wanted than a better life. So surrendering to God and everything that he wanted for my life was so easy because I had done that for a man for all the wrong reasons," Sexton said.

Her harrowing experience changed her and she works with nonprofits, big and small, raising awareness.

"It is happening in our backyards and if people think it just happens to those girls, to the girls in inner-city, they need to wake up," Sexton said.

Joanna Shipe is an activist and chairwoman of the Stop Traffic Walk. She also works at a grassroots level, educating residents in her Cave Creek neighborhood.

"When you think that a girl is worth over $100,000 a year to a trafficker selling drugs, you know a kid gets some drugs they use up the drugs, or drugs are gone. These girls can be trafficked anywhere from 8, 10, 20 times a day, so their value is very high," Shipe explained.

Sunny McLernon has a son in the 6th grade in the Cave Creek Unified School District. She was surprised when she received a notice for a meeting about child sex trafficking.

"I’m definitely glad that they are bringing it to our attention and offering some education about it. I really don’t know the signs for trafficking. I don’t know how best to protect my children and of course in this day and age children are online a lot and I do my best to watch them, but they’re much more technically savvy than I am and so any kind of guidance the district can give us as parents, I’m willing to listen," she said.

‘Anybody can be a victim of human trafficking’

"It doesn’t matter if we’re talking about metro areas or rural areas, every jurisdiction has trafficking crimes. It has the potential to have trafficking crimes," Michelle Rucker said. "Anybody can be a victim of human trafficking in every single community."

Rucker is a strategic initiatives coordinator with the Arizona Attorney General's Office. She says Arizona ranks 14th in the country for reports made to the National Human Trafficking Hotline.

That doesn’t include reports made to local law enforcement and other hotlines.

The average age of entry into sex trafficking in Arizona is 14 years old, according to Arizona State University's Youth Experience Survey.

In 2020, an estimated 1 out of 6 endangered runaways reported to the National Center for Missing and Exploited Children were likely child sex trafficking victims. Of those, 88% were in the care of social services or foster care when they ran.

99% of children are not kidnapped and they come from good homes and families that look like the family next door.

"What we know is, a lot of the crime actually occurs over the Internet and social media is the true hunting ground," Rucker warned.

With the Valley preparing to host another Super Bowl in 2023, Rucker is preparing parents, teachers and potential victims for warning signs, saying education is a community effort.

"I’m not saying that people should be worried necessarily, but at the end of the day, if it’s just the AG and downtown Phoenix putting out information and community members don’t take a hold of it and don’t act on it and don’t think it’s important, then it’s not going to get out to the community," said Tiffani Wendt with the Buffalo Chip Saloon and Steakhouse in Cave Creek.

Cave Creek business owners are getting involved and Wendt is hosting informational meetings at the steakhouse where Sexton shared her story.

"The hope in sharing my story in smaller communities is to help them realize when I was being trafficked, I was trafficked in north Scottsdale," Sexton said.

The Cave Creek Unified School district is holding its public meeting with the attorney general on Nov. 10. The meeting is at the Cactus Shadows Fine Arts Center at 6 p.m.