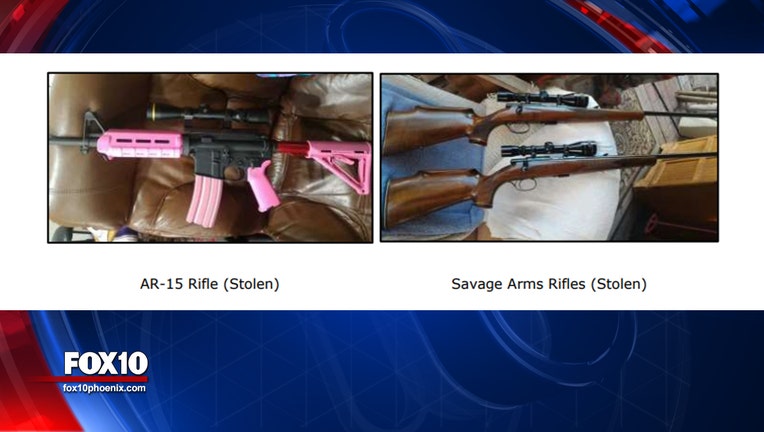 CHANDLER, Ariz. - Police say numerous firearms and ammunition were taken from a home near Chandler Blvd. and Kyrene Road during a burglary.

If you have any information about this case, call Silent Witness. You can remain anonymous and receive a cash award of up to $1,000 for tips leading to an arrest or indictment.