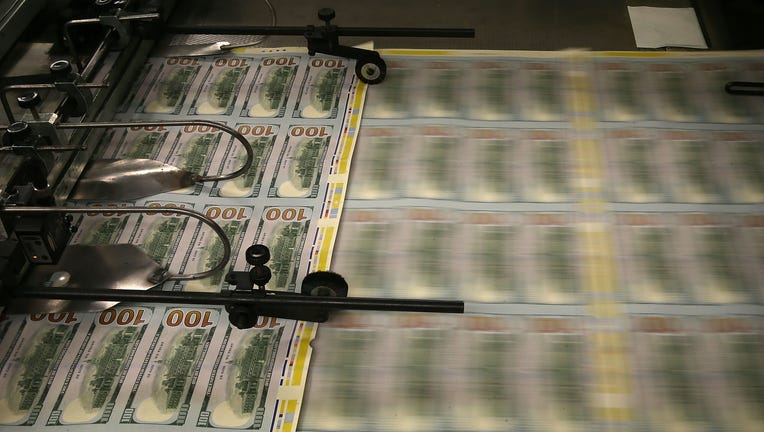 FILE - Newly redesigned $100 notes are printed at the Bureau of Engraving and Printing on May 20, 2013 in Washington, D.C.

WASHINGTON - A report from the Office of Inspector General of the U.S. Small Business Administration published on Tuesday details complaints of thousands of instances involving suspected fraud from financial institutions apparently receiving economic assistance from the Coronavirus Preparedness and Response Supplemental Appropriations Act and the Paycheck Protection Program and Health Care Enhancement Act.

“Our preliminary review reveals strong indicators of widespread potential fraud in the program,” the inspector general wrote in the report.

The report, titled “Serious Concerns of Potential Fraud in the Economic Injury Disaster Loan Program Pertaining to the Response to COVID-19,” says that the SBA inspector general’s office has received complaints of more than 5,000 instances in which suspected fraudulent activity has taken advantage of funds distributed from aid programs.

According to the report, suspected fraudulent activities reported by various financial institutions to the inspector general include:

In one account, one business which was not named was reportedly approved for a loan four times, subsequently receiving four separate loans.

“We believe the duplicate payments or loan approvals were made to applicants who applied more than once for assistance. SBA processed the multiple applications submitted because the agency does not have effective controls in place to determine if the applicants had previously applied for and received financial help,” the report states.

Since the onset of the coronavirus pandemic, fraud has been a pivotal issue in the economic recovery of various businesses struggling to stay afloat during the crisis.

Just one day before the inspector general’s report was published, a Florida man was arrested on July 27 after federal authorities said he used $3.9 million in Paycheck Protection Program (PPP) loans to purchase a Lamborghini sports car for himself.

The money that David T. Hines, 29, received was from the the Coronavirus Aid, Relief, and Economic Security (CARES) Act, a federal law enacted on March 29. Some of the funds from the act were intended to provide emergency financial assistance to millions of Americans who have been negatively impacted by the economic effects of the COVID-19 pandemic.

The source of the funds that were distributed to Hines came from a portion of the CARES Act which authorized up to $349 billion in forgivable loans to small businesses for various expenses through PPP loans.

Instead, the Miami resident allegedly used the funds to purchase a 2020 Lamborghini Huracan valued at $318,000. Federal authorities said they seized $3.4 million from various bank accounts at the time of Hines’ arrest.