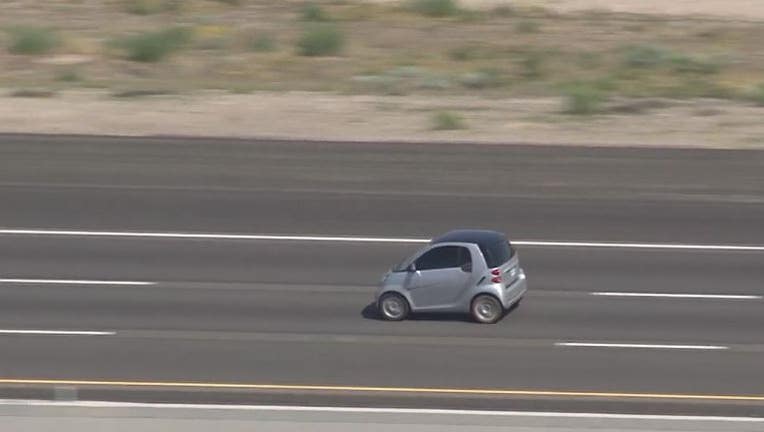 PHOENIX (AP) - A driver who led authorities on a slow-speed freeway car chase from Gilbert through Phoenix is being held on suspicion of multiple charges.

They said Nguyen likely faces more charges from Gilbert police, who say the suspect reportedly was yelling and screaming in parking lot before getting into a Smart Car and driving away.

Police said they tried multiple times to pull Nguyen over, but he didn’t stop and ran several stop lights before getting on Interstate 17.

The Arizona Department of Public Safety began assisting police as the chase entered the freeway.

Nguyen then drove west on Interstate 10 through the outskirts of Phoenix before DPS troopers used spiked sticks to puncture the small car’s tires and then a maneuver to stop the vehicle and make an arrest.

It was unclear Thursday if Nguyen has a lawyer yet.