CAPE CANAVERAL, Fla. - Almost 6,000 pounds of cargo and experiments are en route to the space station after a bright Thursday evening launch from Kennedy Space Center.

SpaceX’s 25th cargo mission blasted off atop a Falcon 9 rocket at 8:44 p.m., illuminating the hazy Florida twilight with a glowing, pulsing exhaust plume. A few minutes later, the booster safely returned to the company’s drone ship out at sea, its fifth such landing.

The Dragon capsule – itself making its third cargo flight – continued to orbit and is due to dock Saturday morning. In addition to food and other supplies for the astronauts, the capsule is carrying experiments like NASA's Earth Surface Mineral Dust Source Investigation, which will investigate the effect desert dust has on climate change.

NASA says other CRS-25 investigations will study the aging of immune cells and the potential to reverse those effects during postflight recovery, a small satellite that will monitor cloud-top and ocean surface temperatures, and a student experiment testing a concrete alternative for potential use in building habitats on the moon and Mars.

The Falcon 9 first- and second-stage plumes are illuminated by the sun as they interact moments after stage separation on the CRS-25 mission (Chris Boex / FOX).

The capsule’s arrival on Saturday morning will coincide with the 53rd anniversary of the Apollo XI launch, which blasted off from the very same launch pad before landing on the moon. But Launch Pad 39A is looking very different than it did during the Apollo days. 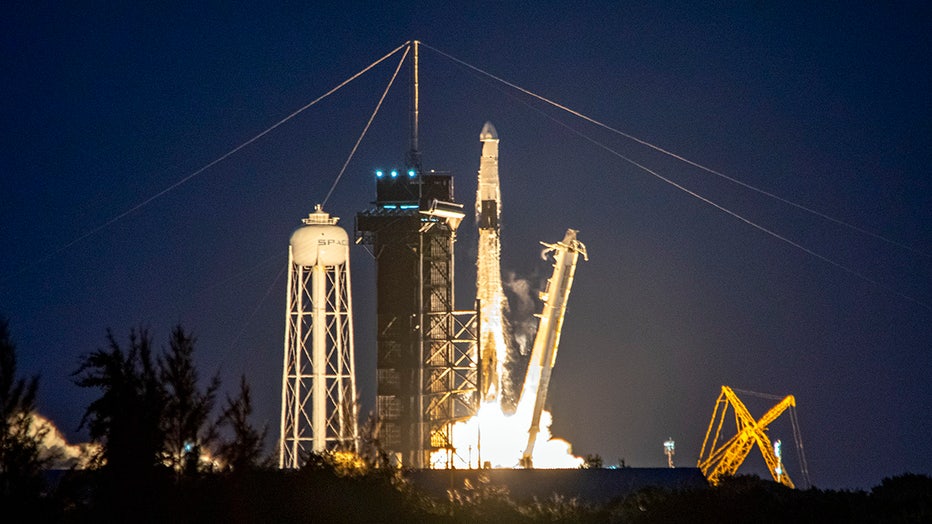 After being used for nearly all of the Apollo missions and the majority of the space shuttle missions, 39A is now being leased to SpaceX. They gave the red-then-gray launch tower a sleek black makeover a few years ago, but more noticeable is the new support tower being constructed nearby.

That structure will serve to support launches and landings of SpaceX’s giant new Starship rocket, potentially helping ‘catch’ the returning boosters after launch.

More immediately, SpaceX will remain busy with Falcon 9 missions. Several Starlink satellite launches are scheduled or expected over the next few weeks, while the company’s next crew taxi flight to the space station is targeted for September. 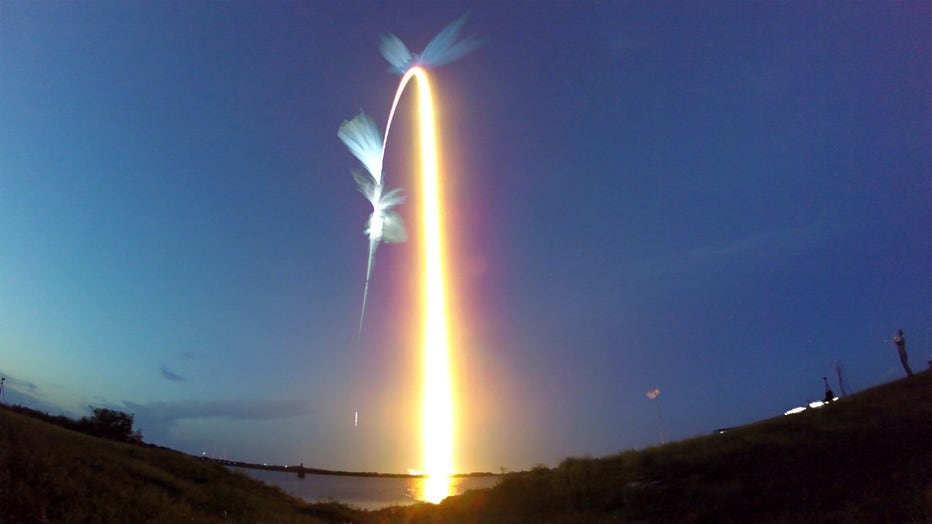