Storms bring flooding to parts of the Valley

At I-17 and Greenway Road, several cars were stalled out in a flooded underpass. The floodwaters quickly rose, which caught some drivers off guard.

"The water was obviously rising, and it was pouring in my car," said Taylor Roburts. "It was up to my waist and I had to sit on top of my car. I couldn't sit down."

"My car sits really low. I'm in a panic and I don't think I'm going to make it through this intersection," said Lisa Damelio.

It was a frightening commute for a handful of drivers Wednesday morning, as they were caught up in the latest round of flooding underneath the I-17 at Greenway. 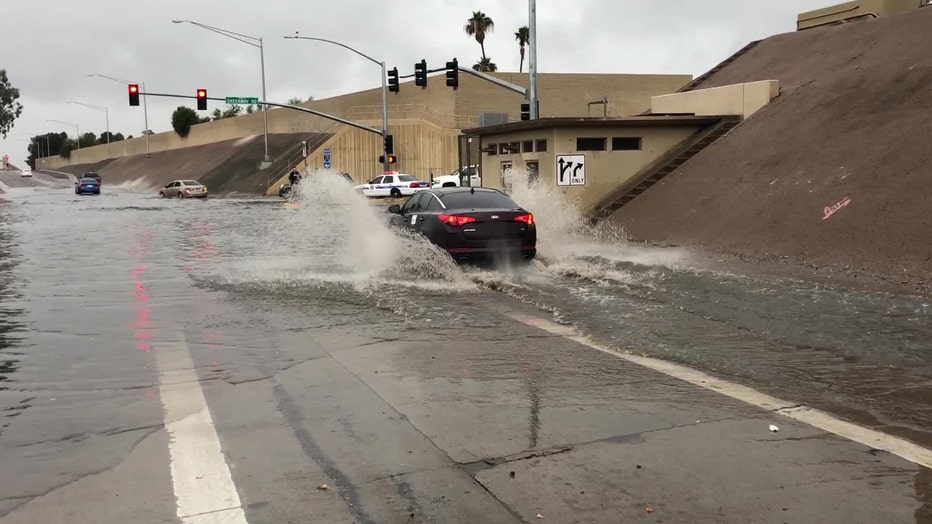 "It wasn't that badly flooded," said Roburts. "A truck drove by, kicked up a big wave and my car just lifted up and I've never been through that before, so I was just really freaking out at that moment."

"I couldn't even get it to go into neutral to try to push it out of the way, so we were just kinda literally dead in the water," said Damelio.

"It's just a matter of making something much more modern," said Doug Nintzel with ADOT.

The pump station was working, but the volume of water was just too much. ADOT officials say the fix for that problem is coming.

"It's a matter of playing catch up, and that's what the pump station here did," said Nintzel. "It's like the little engine that can, but it takes some time to catch up with all the rain water."

"This was my first car. I loved this car. My mom got it for me and so now it's pretty much ruined," said Roburts.

"Looking at it now I can't believe how high it was," said Damelio.

The stormy weather experienced by parts of the Valley on Wednesday also resulted in a frustrating morning commute for some in North Phoenix. FOX 10's Matt Rodewald reports.