Sandra Bullock and Channing Tatum (and maybe Daniel Radcliffe, a little bit) introduce the trailer for "The Lost City," arriving in theaters Mar. 25.

Chicago - Editor's note: This review originally ran as part of our coverage of the 2022 SXSW Film Festival on Mar. 24, 2022. It has been republished in light of the film's recent premiere on Paramount+.

Sandra Bullock made a telling quip at the SXSW premiere of her new comedy, "The Lost City." She thanked the Paramount reps in the audience for supporting the film before adding, "You didn’t trust us completely, but you trusted us." The joke helped snapped into focus a feeling of compromise that hangs over the film, which was originally meant to be called "The Lost City of D" before the title was softened to the more generic "The Lost City" — perhaps the first sign of trouble in paradise.

Indeed, it’s not hard to imagine a version of this story that’s a raunchier, more subversive R-rated comedy instead of a generically palatable PG-13 rated one. As is, it feels more like it should’ve been called "The Lost City of ADR," given the copious amounts of additional dialogue replacement that fill up just about every moment of silence with an inelegant joke or clunky transition. (That’s often a sign of a movie that was rejiggered in post to satisfy anxious studio execs or unhappy focus groups.)

Still, given those parameters, it’s a wonder that the film emerges as the relatively enjoyable romp it is — compromises and all. "The Lost City" is a good-not-great adventure romance in the vein of "Romancing The Stone," and in an era of Hollywood in which those kinds of movies are few and far between, perhaps we’re just lucky to have this one at all.

About ‘The Lost City’: ‘Romancing the Stone’ for the 21st century 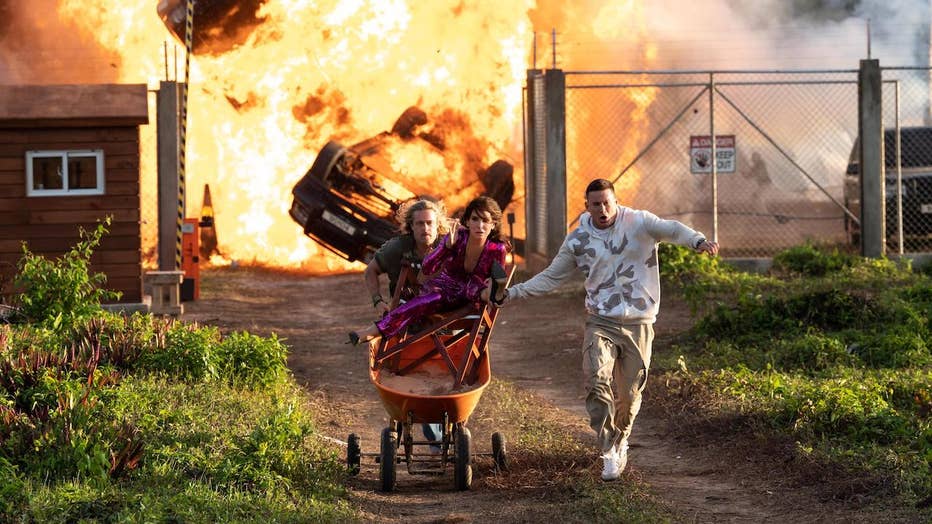 "The Lost City of D" is at least still the in-universe name of the new book from lonely romance novelist Loretta Sage (Bullock), who reluctantly agrees to promote it alongside her lunkheaded cover model Alan (Channing Tatum) — better known as her dashing protagonist Dash McMahon. Loretta is frustrated that Alan’s abs keeping stealing the spotlight, while Alan is frustrated that he keeps putting his foot in his mouth in front of Loretta when all he wants to do is convey how much he respects and admires her.

So when Loretta is kidnapped by an eccentric billionaire (Daniel Radcliffe) who wants to enlist her to help find the actual Lost City of D, Alan spies a prime opportunity to prove his mettle and rescue her — or at least to recruit a highly trained black ops agent played by Brad Pitt to take him along on the rescue mission.

Pitt’s involvement is another thing that feels like it was meant to play as a big surprise cameo, but has now been heavily featured in the film’s marketing campaign. Thankfully, there’s still plenty of subversive fun to be had with the way the film deploys him as a foil for the burgeoning connection between Loretta and Alan.

Pitt’s Jack Trainer is exactly the sort of ruggedly confident hero Alan wishes he was in real life. And when circumstances conspire to leave Alan and Loretta stranded alone, it quickly becomes clear just how little their respective experiences as a writer and model have prepared them to survive in the jungle.

See ‘The Lost City’ for: Its charming central duo 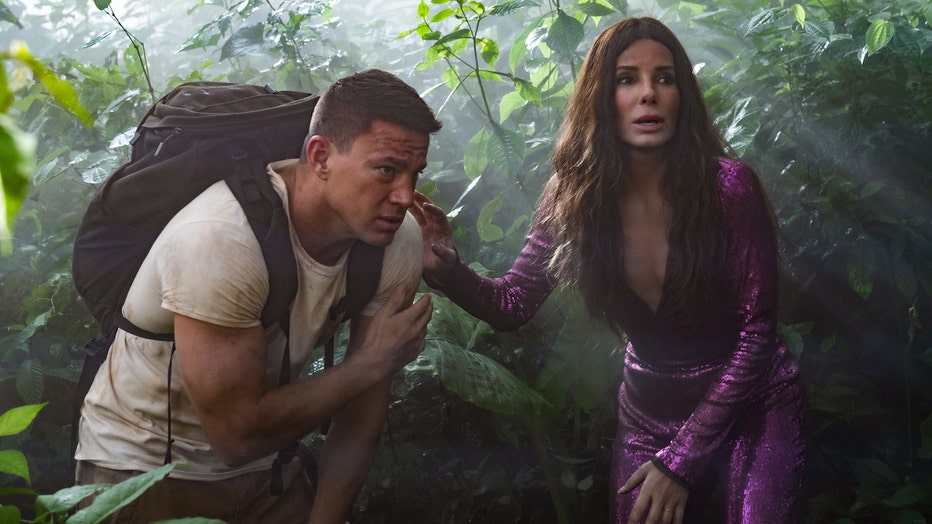 Of course, the joy of adventure romances like "Romancing the Stone" and "The African Queen" is feeling stuck right alongside the leads as the adrenaline of their adventure fuels the throes of passion. And in its best moments "The Lost City" locks into that tone, as Bullock and Tatum banter about the ethics of taking out a baddie or almost lose their lunch over leeches.

This is as good a showcase for Bullock’s physical comedy skills as she’s ever had. Whether struggling to perch on a stool in a purple sequined jumpsuit or trying to slither out of a hammock, she’s got a silent film star’s knack for telegraphing a joke across her face as she wildly contorts her body — which is why it’s so annoying that the film keeps circling back to those generic ADR-ed one-liners, as if afraid the audience will lose interest the second someone isn’t speaking.

Tatum’s the real revelation, however, returning to the himbo comedic roots that made him such a winning romantic lead in his breakout turn in the 2006 teen comedy, "She’s The Man." To varying degrees, most of Tatum’s roles since then have taken advantage of the contrast between his hunky good lucks and his inherent puppy dog charm. But these two rom-coms in particular dial up the comedic softness in a way that’s incredibly endearing.

In place of a classic oil-and-water screwball comedy dynamic, Alan is hopelessly in love with closed-off Loretta, no matter how coldly she treats him — a unique kind of romantic fantasy of its own. 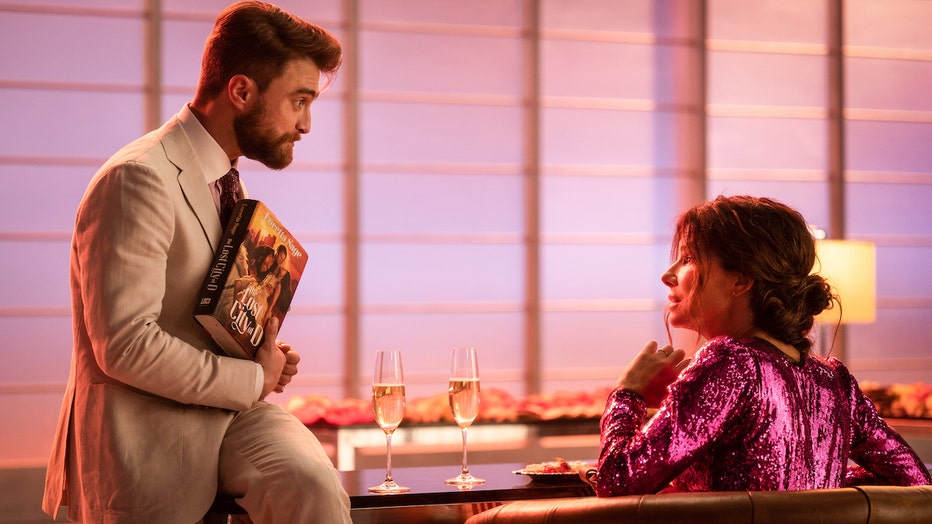 Yet despite Bullock and Tatum’s considerable charms, "The Lost City" is bloated with ideas instead of streamlined with rom-com passion, as cutaways to needless subplots keep deflating the romantic tension.

It’s hard to blame the cast — Radcliffe is a hoot as an arch baddie and Da'Vine Joy Randolph and Patti Harrison (playing two members of Loretta's team) remain two of the funniest comedic actors working today. But more isn't always more when it comes to zeroing in on a story that needed more heart and way less plot. "The Lost City" too often swerves towards the generic catch-all appeal of a big action comedy instead of zeroing in on the rom-com stuff it does best.

It adds up to a comedic effort that’s not bad, exactly. It’s just that when a movie is this close to being great, you wish it could’ve kept searching for treasure instead of settling for staying back at base camp.