How COVID-19 vaccine makers would adapt to new variants

New coronavirus variants have cropped up in the U.S.and vaccine makers are readying themselves in case regulators call for changes to their recipe.

Two newly released studies found that two doses of either Pfizer’s or Astrazeneca’s COVID-19 vaccines proved protective against the Delta coronavirus variant, though effectiveness was slightly diminished by the mutated strain.

In a study published in The Lancet on Monday, researchers observed patients both vaccinated and unvaccinated who tested positive for COVID-19 between April 1 to June 6, 2021 in Scotland, where the Delta variant has become dominant.

Authors of The Lancet study noted further research needs to be done for more accurate percentage estimates on both vaccines’ effectiveness.

"The analysis included 14,019 cases of the Delta variant – 166 of whom were hospitalized – between 12 April and 4 June, looking at emergency hospital admissions in England," according to PHE. 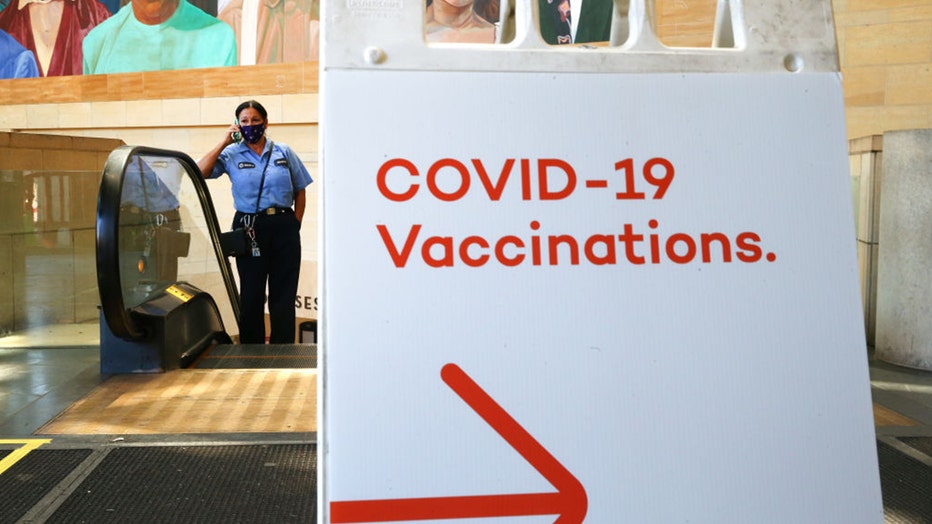 FILE - A sign points to a vaccination site set up inside Union Station in an effort to target commuters on June 10, 2021 in Los Angeles, California.

"It is extremely encouraging to see today’s research showing that vaccines are continuing to help break the link between hospitalization and the Delta variant after one dose, and particularly the high effectiveness of 2 doses," vaccines minister, Nadhim Zahawi said. "If you’re getting the call to bring forward your second dose appointment – do not delay – get the second jab so you can benefit from the fullest possible protection."

The Delta variant, which first emerged in India, is currently classified as a variant of interest by the U.S. Centers for Disease Control and Prevention (CDC), which unlike the World Health Organization (WHO) has yet to elevate its status to a variant of concern. The CDC lists the Alpha, Beta, Epsilon and Gamma as variants of concern, while the Eta, Iota, Kappa, Delta and Zeta remain variants of interest.

The Delta variant is estimated by scientists advising the government to be between 40% and 80% more transmissible than the previous dominant strain. It now accounts for more than 90% of infections in the United Kingdom.

Government data indicates over 41 million people in the U.K. have received at least one dose, while nearly 30 million are fully vaccinated. A study from Public Health England suggested the Pfizer vaccine was 88% effective against the variant two weeks post-second dose, and 33% effective after the initial dose. A report from PHE published on June 11 found that the Delta variant, B.1.617.2, was behind over 90% of sequenced cases.

Meanwhile, public health officials in the United States are urging all eligible people to get vaccinated as soon as possible to stamp out any chance of new and more transmissible variants from spreading throughout the country.

The Delta mutation is also spreading in the U.S. and is becoming increasingly concerning for health experts who have noted that vaccines have proven to be less effective against it when people are not fully immunized.

In an attempt to drive up the vaccination rate, the White House has worked to encourage an array of incentives for people to get shots — from paid time off to the chance to win millions of dollars. It's partnered with community groups, businesses and health providers to make it easier than ever to get a shot.

The U.S. was averaging about 870,000 injections per day in early June, down sharply from a high of about 3.3 million a day on average in mid-April, according to the CDC.

The Associated Press, FOX News and Austin Williams contributed to this report.