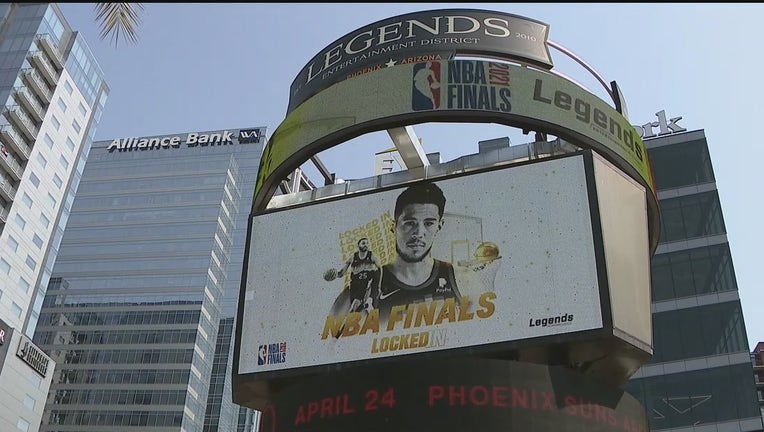 PHOENIX - Some fans are paying more than $1,000 to catch Game 5 of the NBA Finals between the Suns and the Milwaukee Bucks after the team released tickets on July 12 for the game where the Suns could win it all.

Fans have been waiting for a long time for this moment, not letting the prices phase them.

The tickets for upper-level seating are over $1,000 and one Suns' fan Eddie Caviar says he's trying to enjoy it with his family.

"I'm down here getting 4 tickets hopefully for my two sons, Brad and Joel, and one of my grandsons and none of them know about it except for the older one," Caviar said.

Caviar says that he knows that the game will cost him in the future.

"I know I’ll suffer not going on vacation, not going on a cruise. That’s fine. I’m 71, 72 in October, and who knows what will happen. I plan on going to this Game 5 and the Super Bowl with the Cardinals. It’ll be in LA this year, and hopefully, they will make it also," Caviar said.

The Suns have the potential to win the championship in Phoenix during Game 5 if they win Game 4, which is played in Milwaukee.