While Iowa and New Hampshire get much of the hype during primary season, equally important if not more is Super Tuesday — a day early on in an election year when voters in roughly a dozen states go to the polls.

WASHINGTON - While Iowa and New Hampshire get much of the hype during primary season, equally important if not more is Super Tuesday — a day early on in an election year when voters in roughly a dozen states go to the polls.

“It’s one of the very important thermometers of candidates’ support in the course of the entire primary system,” said Ross Baker of Rutgers University.

States included span the map, accounting for a huge number of delegates crucial to helping a candidate clinch the nomination.

“Usually you’re talking about hundreds of delegates that are at stake,” Baker said.

Also, next year, nearly half of the delegates needed to secure the nomination will be up for grabs. 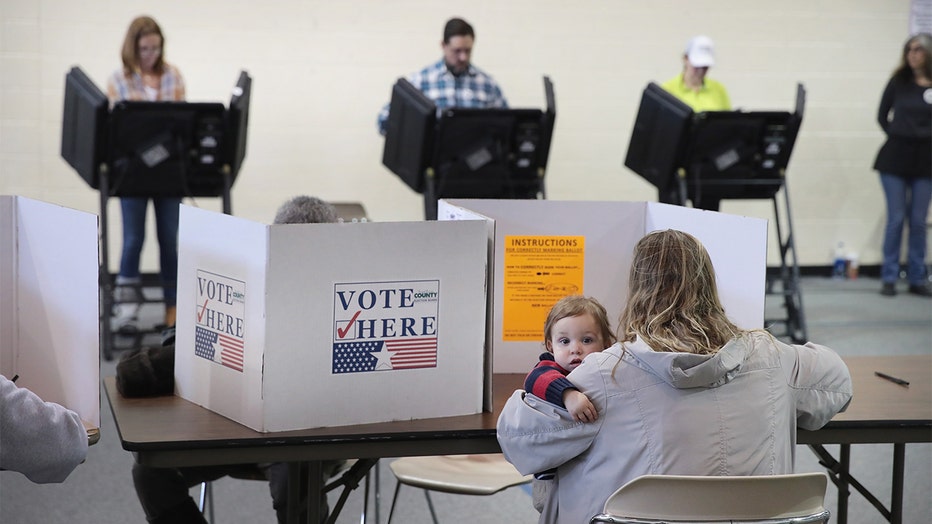 FILE: Voters cast ballots at a polling place on November 6, 2018 in Kirkwood, Missouri. Voters across the country are casting ballots in a midterm election that could change the balance of both the U.S. House and Senate. (Photo by Scott Olson/Getty I

The delegate rich states of California and Texas have moved their primaries up to be included in Super Tuesday.

California, which used to host its primary in June, will offer nearly 500 delegates alone.

“By June, the nominee has already been chosen, so here you have the largest state in the U.S. in terms of the population having the least influence, while California has decided to move up its primary so that it’s now one of the Super Tuesday states,” Baker said.

Analysts added that even though Joe Biden, Bernie Sanders and Elizabeth Warren are leading in the polls, anything could change that.

“It’s anybody’s game. It’s usually not like this where there are so many candidates who are in pretty good shape and it’s all pretty close,” said Matt Littman, a Democratic strategist.

“And really, nobody knows what the outcome’s going to be. It’s making people very nervous,” he said.

Instead, the former mayor of New York City has his hopes hinged on other states, including California, where a large number of delegates are up for grabs. He is hoping a strong showing will carry him to the top of the field. California is among 15 states that are scheduled to vote on Super Tuesday.

“We are confident we can win in states voting on Super Tuesday and beyond, where we will start on an even footing," Bloomberg spokeswoman Galia Slayen said. She noted that because of Bloomberg's late entry into the race, many other candidates have had a “big head start” in the early voting states.

“We have enormous respect for the Democratic primary process and many friends in those states, but we are running a broad-based, national campaign to beat Donald Trump and win in November,” Slayen said.

Bloomberg used a share of his estimated $50 billion personal fortune to blanket television and digital advertising and build an expansive staff in Super Tuesday states.

Sanders has a grassroots infrastructure in place from four years ago and is treating California as importantly as earlier contests like Iowa and New Hampshire. He is vowing to win the race.

Even though California moved its primary earlier in an effort to have more sway over the nominating process, it’s possible that no candidate emerges from California with a decisive win because of the maze of rules used to divvy up the state's haul of 494 delegates, far more than any other state.

Still, the trajectory of the race in California, where roughly 14 million voters will be eligible to participate in the Democratic primary, largely mirrors what's happening nationally. Polls from the Public Policy Institute of California and CNN in November and December, respectively, show Biden, Warren and Sanders ahead of the rest of the field.

Although Pete Buttigieg, mayor of South Bend, Indiana, has reached front-runner status in Iowa and New Hampshire, he remains in single digits in California.

Although California sends out mail-in ballots for early voting on Feb. 3, the same day as the Iowa caucuses, millions of voters will not cast ballots immediately and may be heavily influenced by what happens in earlier voting contests.

"I would not underestimate the ability of somebody breaking out in Iowa or New Hampshire," said John Emerson, who headed Bill Clinton’s 1992 California campaign.

Whoever leads the pack in the early states “will look like a winner,” said Emerson.

“By the end of February, it could be Michael Bloomberg and two others standing,” Mulholland said.

Both Bloomberg, a former Republican and independent, and Sanders, an independent senator, could benefit from votes among the state's 5.4 million independent voters, who are permitted to vote in the Democratic presidential primary.

In December, Warren hired a campaign director in Colorado and announced plans to open multiple offices in the state.

It’s the latest move by the Massachusetts senator in a western state that’s part of the Super Tuesday contests in March.

Warren has already hired a California state director and opened two offices in that state, the biggest prize on March 3., the Tuesday after the final early state, South Carolina, votes in the presidential primary.

Warren said PaaWee Rivera, who worked on her 2018 Senate campaign in Massachusetts, will run her Colorado operation. Warren plans to open offices in Denver, Boulder and elsewhere.

Colorado's primary is also on March 3., though it has only about one-sixth the number of delegates up for grabs as California.

In 2016, Sanders won Colorado's caucus over former Secretary of State Hillary Clinton. But the caucus system has been replaced by an open primary in which voters unaffiliated with either party can also cast ballots.

Sanders is the only other 2020 hopeful with state staff in Colorado right now, and on Thursday his campaign announced it had hired a second staffer to serve as field director there. The state's senior senator, Michael Bennet, is also running for president and his campaign is headquartered in the Denver suburbs.

Warren has visited the Denver area once already in the campaign and snared the endorsements of several high-profile state legislators.