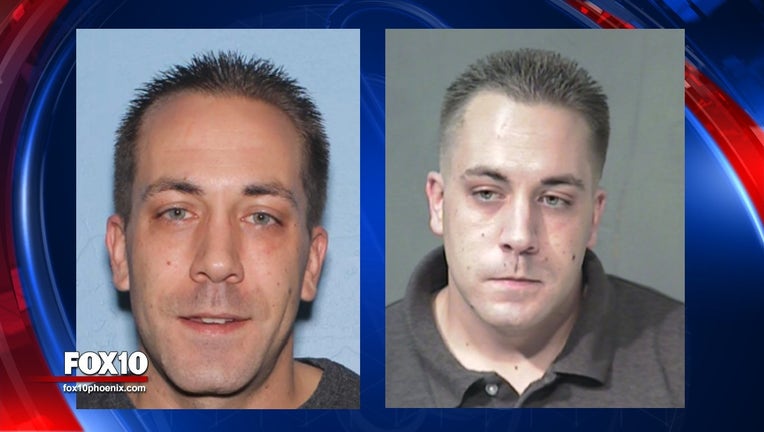 PEORIA, Ariz. (AP) - Authorities say a suspect in a fatal stabbing in Peoria has been arrested at a Border Patrol checkpoint in Yuma.

They say 30-year-old Anthony Paul Kupreisis was taken into custody about 11:15 p.m. Saturday.

He's been booked into the Yuma County Jail on suspicion of first-degree murder and will be transported back to Peoria next week.

Police say Kupreisis was wanted in connection with the death of 57-year-old Jeffrey Falesch at a Peoria house Saturday afternoon.

Falesch was taken to a hospital, where he died from his injuries.

Police say the weapon used was recovered at the scene.

Kupreisis was detained by Border Patrol agents at a checkpoint on Interstate 8 in Yuma County.

The Yuma County Sheriff's Office took custody of Kupreisis and transported him to the county jail.