An autistic Oklahoma high school student had a basketball game to remember when he scored a three-pointer on January 23.

ENID, Okla. - One Oklahoma high school student had a memorable day when he sank a 3-pointer during a basketball tournament game.

Elisandro Rivera is a student who plays on the Waukomis High School basketball team. Rivera also has autism, according to Storyful.

On Jan. 23, during a game between Waukomis and Garber High School, players gave Rivera a chance to shoot his shot during the game which was captured on video.

The heartwarming footage showed Rivera standing at the 3-point line as a team member from the opposing side passed him the ball to shoot the ball. 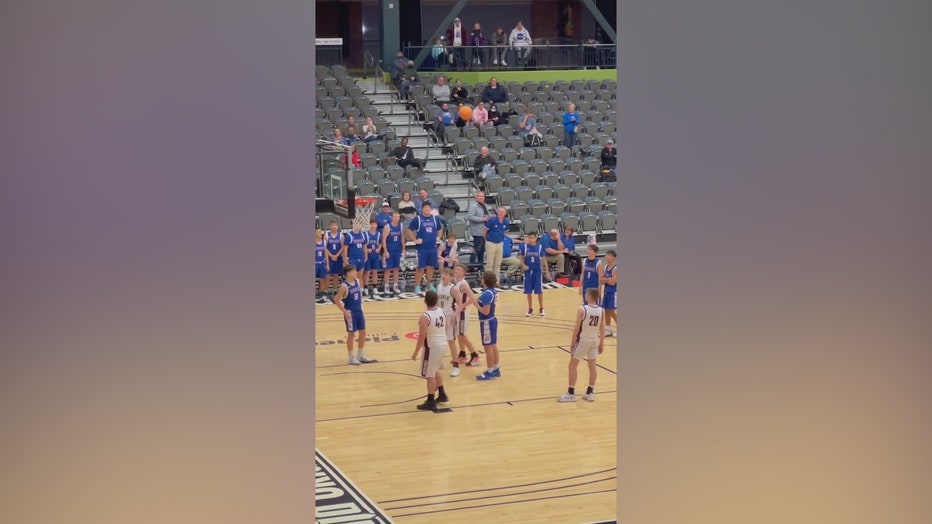 Both teams paused to allow Rivera several tries before he sunk a 3-pointer, which was followed by a boom of applause. Rivera is seen jumping up and down in excitement as his teammates rallied around him.

Rivera’s mother, Lorena Hernandez, spoke with local news media and said that playing basketball has helped her son build up his confidence.