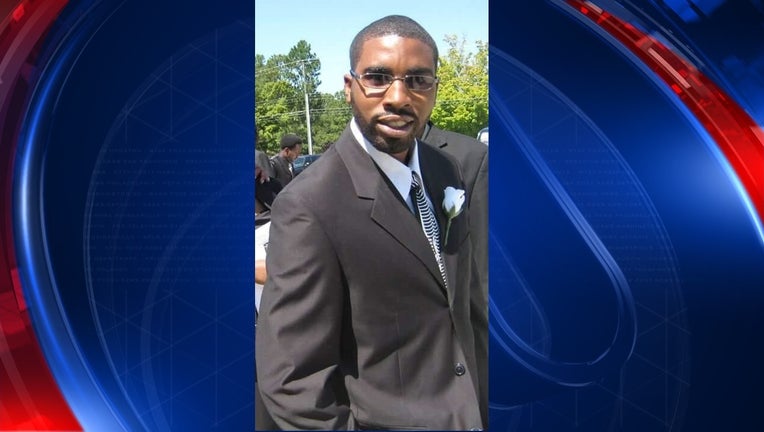 WASHINGTON - There are many unanswered questions surrounding the death of Terrence Sterling, who was shot by a DC police officer on September 11, 2016. Here is what we know so far:

In the early morning hours of Sunday, September 11, DC police say an officer spotted a motorcycle being driven "recklessly" near the intersection of 17th and U Streets NW. It was around 4:20 a.m. and the vehicle was heading east.

The driver of the motorcycle was 31-year old Terrence Sterling of Fort Washington, Md.. Sterling worked as an H-VAC technician, and had just left a bachelor party, according to his employer-- who added he was likely heading for home via the 3rd Street Tunnel.

Two sources familiar with the investigation say a police supervisor keyed his radio and told all units NOT to pursue Sterling. A few minutes later, Sterling drove his motorcycle down New Jersey Avenue, heading for the light at 3rd and M Streets NW-- one block from New York Avenue and the entrance to the 3rd Street Tunnel.

According to witness Kandace Simms--who was sitting in her car waiting for the light to change-- Sterling rode his bike down the left lane next to her, and he suddenly collided with a Metropolitan Police Department cruiser. Simms says the cruiser pulled into the intersection in what appeared to be an attempt to block the motorcycle, and the collision in her opinion was unavoidable. She tells FOX 5 Sterling then revved the engine, and appeared to be trying to find a way to drive off when the window on the passenger side of the marked cruiser rolled down, and the officer in the passenger seat fired two shots. Simms says she heard no commands from the officer, and neither the police car's lights nor the siren were on. Sterling, she says, immediately fell off the bike and she could see blood coming from the area around his helmet.

We know from a cell phone video recorded by a another driver waiting at the light that the officers got out of the cruiser, and attempted to perform CPR on Sterling. The video aired on another local TV station, and the owner of the footage has turned it over to DC police.

According to a recording obtained by FOX 5, the paramedic treating Sterling says he was shot once in the neck and was in cardiac arrest as they sped towards Howard University Hospital.

Later that morning, Assistant DC Police Chief Peter Newsham told reporters, "At approximately 4:20 am, there was a report of a motorcycle that was being driven erratically. Officers found the vehicle over here in the intersection of 3rd and M street Northwest, which is about a block north of New York Avenue. They were able to stop the vehicle. The person who was riding the motorcycle attempted to flee and ended up striking the police car and at that point, shots were fired."

The next day (Monday, September 12), DC Mayor Muriel Bowser held a news conference in which she revealed that the officer who fired the fatal shots was wearing a body camera, but failed to turn it on until after the shots were fired. This is a violation of protocol. Mayor Bowser also confirmed investigators were looking into allegations that the officers in the cruiser violated two other general orders by using the car as a barricade to block the path of the motorcycle, and by firing at a moving vehicle from inside a police cruiser.

Since the shooting, police say a number of witnesses have come forward and given their accounts of what happened that morning. Mayor Bowser has so far not released the footage recorded by the officer's body camera.

According to a police report, no weapon was recovered from the scene, and police have not said they recovered one.

It's unclear what threat the firing officer felt he was under. Mayor Bowser has declined to say why the officer opened fire.

Mayor Bowser says she reached out to the family following the shooting and offered her condolences. By Wednesday, she had ordered a change to the body camera regulations, ordering all dispatchers to remind officers given assignments to turn them on. In return, the officers have been told to confirm over the radio the cameras are recording.

The U.S. Attorneys office is investigating the shooting along with DC Police.

ABOUT THE OFFICERS
The officers, who according to sources were working as a crime suppression unit that morning, have both been placed on administrative leave. The driver has been on the force for two-and-a-half years. The officer who fired the fatal shots is a four-year veteran. Their names have not been released. They both worked in MPD's Third District.

ABOUT TERRENCE STERLING
Terrence Sterling worked for AMD Mechanical contracting of Waldorf, Md. He did most of his work at Leisure World in Silver Spring, where he helped residents with their thermostats and heating and cooling systems.

Anthony Dixon, his employer, says he has known Sterling since he was 5 years old, and hired him when he was 19. He says the police account of what happened is shocking and out of character from the Terrence Sterling he knows.

Dixon says he has so far received a stack of sympathy cards from the elderly residents who had grown fond of Sterling over the years.

Sterling's family has so far not commented publicly. According to a close family friend, they have met with a lawyer.