On Wednesday night’s episode, fans swooned over Cupcake’s rendition of Edith Piaf’s "La Vie En Rose," but it was hardly the icing on the cake and eventually got the singer booted from the contest.

CHICAGO - The cupcake got frosted out of the competition in this week’s "The Masked Singer," but if you loved that rich-as-buttercream voice, you’re in luck — you can catch it in many movies and television shows.

Stop reading here if you don’t want to know who’s behind the cupcake liner! 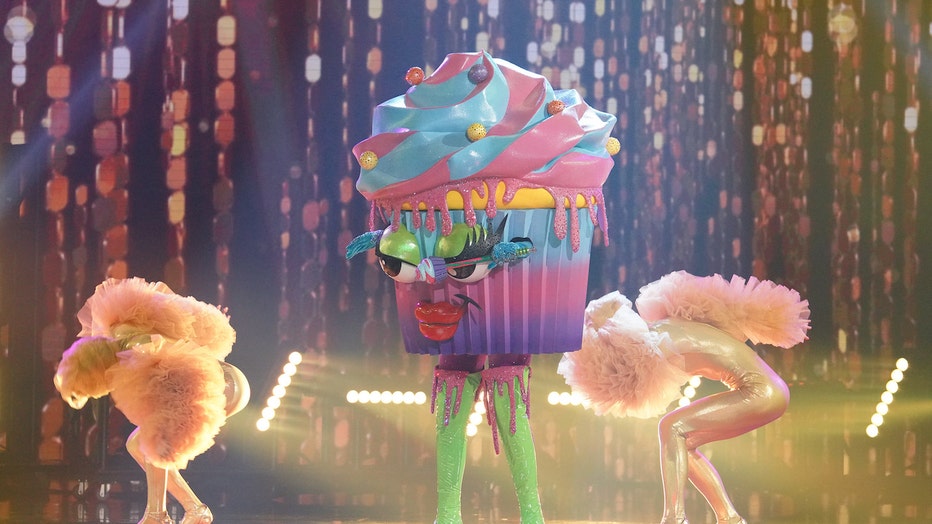 Ruth Pointer, one of the vocalists from the legendary R&B group The Pointer Sisters, was revealed to be the voice behind the Cupcake. Pointer’s time on the show serves as a rare solo appearance for the 75-year-old (and it explains the clue about being "used to sharing the spotlight.")

On "The Masked Singer," fans swooned over Cupcake’s rendition of Edith Piaf’s "La Vie En Rose," but it was hardly the icing on the cake and eventually got the singer booted from the contest.

Pointer also revealed that she intended to take her "Masked" journey alongside her sister Anita Pointer: "My other cupcake had some health issues and had to bail out ... She’s been in my thoughts the whole time."

"So I’m here representing her, and I know she’s proud of me right now," Pointer added.

The Pointer Sisters are truly a family affair. The group began as a quartet (four sisters, all Pointers), winning a Grammy in 1975 for "Fairytale," but went on to even greater commercial success as a trio made up of Ruth, Anita and June Pointer (who passed away in 2006).

Their biggest songs have become firmly embedded into the pop culture landscape; singles like "I’m So Excited" and "Jump (For My Love)" have figured prominently in everything from arthouse films to glossy rom-coms and from "RuPaul’s Drag Race" to "Beat Shazam."

In short, if you think you’ve heard Ruth Pointer’s voice before, you’re almost certainly right. These films and TV shows might jog your memory.

Love, Actually (2003): Hugh Grant famously boogied through 10 Downing Street to the Pointer Sisters’ infectious "Jump (For My Love)" when his Prime Minister told off the U.S. President (Billy Bob Thornton) mid-press conference. Love the movie or hate it, odds are you remember this scene.

Riff-Raff (1991): "I’m So Excited" is featured in acclaimed director Ken Loach’s independent "bittersweet comedy," which looks at the lives of the working class in the U.K. by following a construction worker from Glasgow and his girlfriend, a failed singer from Belfast, as they try to scrape by in London. "RIff-Raff" is currently streaming for free on Tubi.

RuPaul’s Drag Race All Stars, "Drag Divas Live" (2020): This is far from the only time Ruth, Anita and June’s voices turned up on the main stage of "Drag Race," but Shea Coulée and Alyssa Edwards battling it out to "Neutron Dance" is the best of a good bunch.

The Karate Kid Part III (1989): The third of the films about noted Karate Child Daniel Larusso (Ralph Macchio) features a very cool cover of The Lovin’ Spoonful’s "Summer In The City," as performed by — you guessed it — The Pointer Sisters. "The Karate Kid Part III" is currently streaming for free on Tubi.

American Heart (1992): Jeff Bridges and Edward Furlong set off some emotional fireworks as father and son in this drama, which also features The Pointer Sisters’ sultry mid-tempo tune "Slow Hand."

Beat Shazam (2017-present day): We could tell you which episodes of this fast-paced, Jamie Foxx-hosted game show feature songs from the Pointer Sisters, but that would ruin all the fun! They’re in there, trust us.