Los Angeles - From a traditional box of chocolates to the resurgence of conversation hearts, CandyStore.com has compiled data to determine this year’s most popular Valentine’s Day candy by state — and some of the results are cloyingly surprising.

The national candy company used sales data from its online bulk candy stores and industry partners to determine the outcome.

Cue the results (and we won’t sugar-coat it).

Valentine’s Day candy is a personal choice, but there are two types of candy that seemed to shine in 2022: conversation hearts and heart-shaped boxes of chocolates. 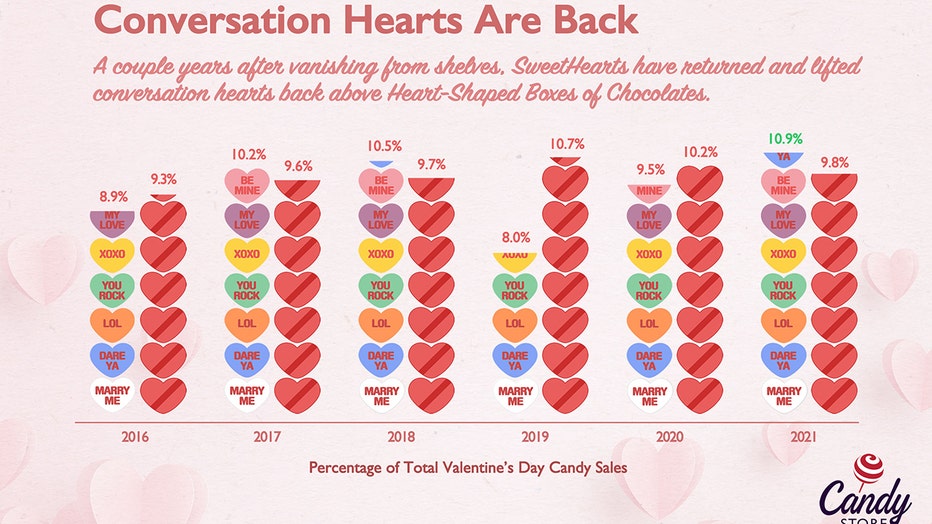 However, the candy retailer also broke down the state-by-state data, which showed slightly different results.

In addition, M&M’s continue to gain traction. They made gains in several states throughout the country, landing the number one spot in nine states (Arizona, Iowa, Kansas, Maryland, New Jersey, North Dakota, Oregon, Pennsylvania and Vermont). 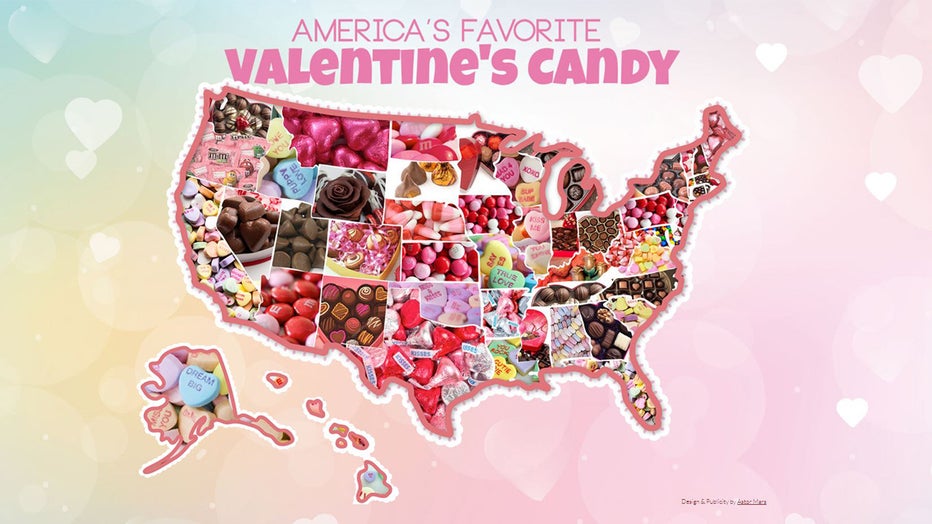 More surprisingly, cupid corn made a comeback, claiming the top spot in Nebraska and West Virginia, and chocolate roses were most popular in Kentucky and Wyoming.

According to the National Retail Federation, spending was down more than 20% in 2021 amid the COVID-19 pandemic.

But this year, things are picking back up with a projected near-record breaking year with consumer spending for Valentine’s Day.

RELATED: Valentine's Day 2022: Spending expected to near $24B

The NRF is expecting sales this holiday to be up nearly 10% and reach nearly $24 billion, and the number of people buying candy, in particular, is expected to be at a record high with 56% of consumers planning to buy the sweet treats.