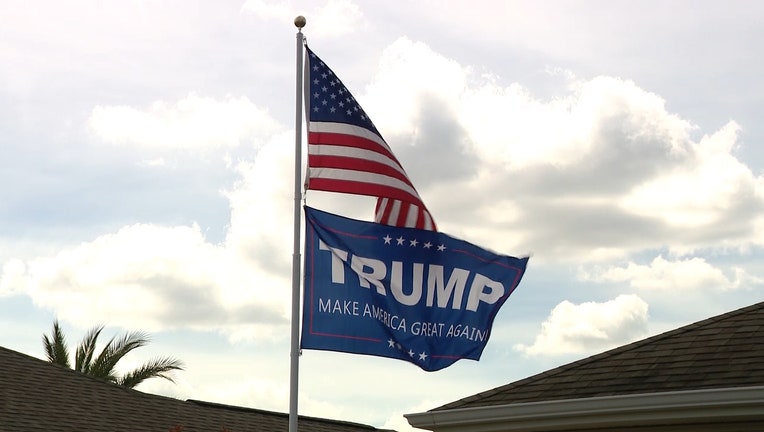 THE VILLAGES, Fla. - A "Make America Great Again" flag is causing some controversy in a Florida retirement community.

At The Villages, a resident proudly displays the pro-President Donald Trump flag in their yard, right below the American flag. A neighbor, who goes by the name Colonel, says he likes it.

But not everyone thinks the Trump flag should be flown.

"I don't mind the stickers. I don't mind the little flag on your golf cart, but to have one the size of the American flag -- and this one right underneath [it] -- I just find offensive," said woman who asked us not to show her face, for fear of retaliation.

We asked if she considered it offensive, because it says "Trump" on it, to which she replied, "No, regardless of party, I don't think it should be allowed."

The homeowner didn't want to talk on camera, but she said she put the flag up a week ago and has been surprised at the response it's getting.

Colonel says, "They have a right to complain."

A spokesperson from The Villages Community Development District said the flag doesn't violate any rules and can be flown from any political party. But complaints have been lodged. Colonel says it's about freedom of speech.

"The idea is to express that view with kindness, express with courtesy."