A dog was rescued from a burning home by Phoenix fire crews on Saturday, Jan. 2. The family wasn't home at the time of the fire.

PHOENIX - A dog became unconscious during a Phoenix house fire and firefighters were able to save the dog and reunite him with his family on Saturday, Jan. 2.

A fire broke out at a home near Baseline Road and 38th Street. Neighbors reported hearing smoke alarms and seeing smoke coming from the first and second stories of the home.

Fire crews arrived to the home and extinguished the fire. The family wasn't home at the time but crews found a small dog who was unconscious. 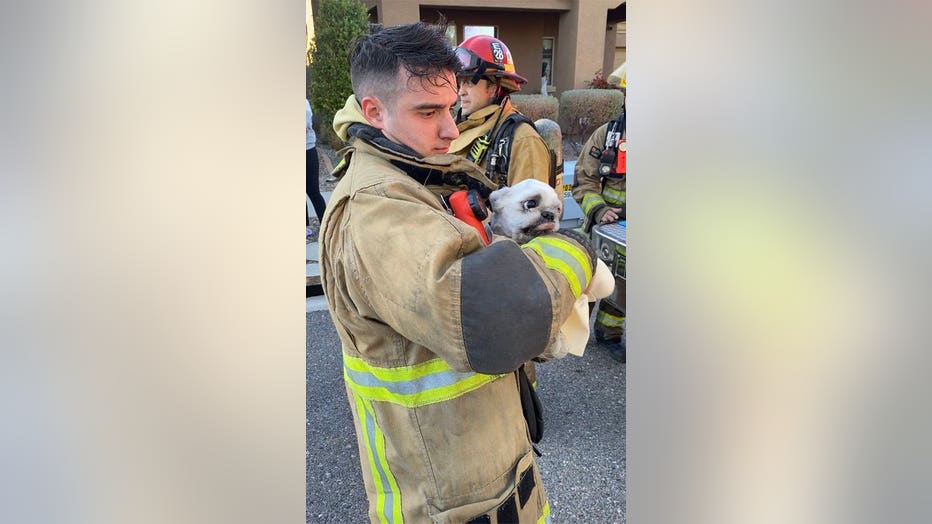 "Firefighters used a Fido bag to successfully resuscitate the dog and reunite him with his owners," the fire department said.

No one was hurt in this incident and the cause of the fire remains under investigation.