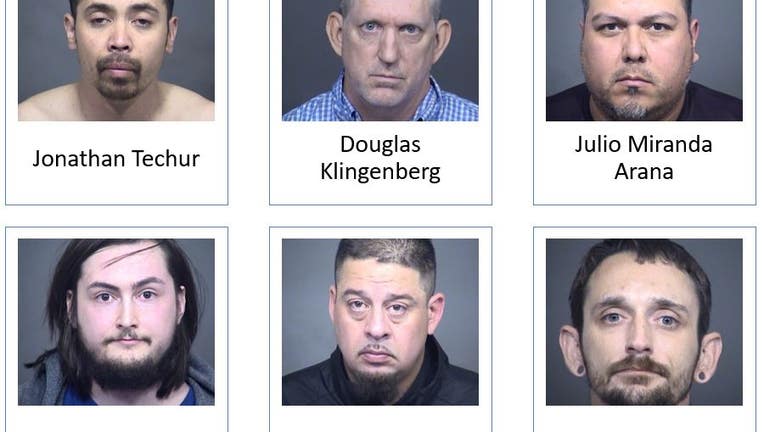 According to a statement released on March 31, Mesa Police partnered up with Homeland Security Investigations and the Attorney General's Office for Operation Leather Mitt.

"Throughout the operational period, officers and undercover detectives placed ads on websites commonly sought out by suspects seeking illegal sex acts," the statement reads, in part. "The suspects solicited and/or brokered deals for various sex acts and were subsequently arrested."

The six people arrested were identified as: