An untreatable 'superbug' fungus outbreak has been reported at two North Texas hospitals, the CDC reports.

Formally known as Candida Auris, the fungus is a form of yeast that can be deadly to hospital and nursing home patients who have serious medical problems.

It can be spread through patient contact pr contaminated surfaces.

"This is really the first time we've started seeing clustering of resistance" in which patients seemed to be getting the infections from each other, said the CDC's Dr. Meghan Lyman.

Health officials have sounded alarms for years about the superbug after seeing infections in which commonly used drugs had little effect. In 2019, doctors diagnosed three cases in New York that were also resistant to a class of drugs, called echinocandins, that were considered a last line of defense.

In those cases, there was no evidence the infections had spread from patient to patient — scientists concluded the resistance to the drugs formed during treatment.

The new cases did spread, the CDC concluded. 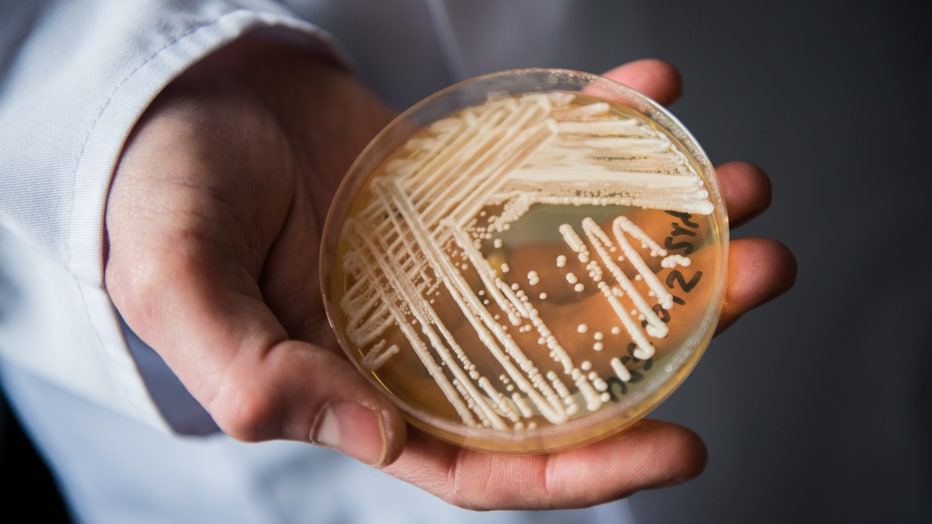 The director of the National Reference Centre for Invasive Fungus Infections, Oliver Kurzai, holding in his hands a petri dish holding the yeast candida auris in a laboratory of Wuerzburg University in Wuerzburg, Germany, 23 January 2018. There has b

In Washington, D.C., a cluster of 101 C. auris cases at a nursing home dedicated to very sick patients included three that were resistant to all three kinds of antifungal medications. A cluster of 22 in two Dallas-area hospitals included two with that level of resistance. The facilities weren't identified.

Those cases were seen from January to April. Of the five people who were fully resistant to treatment, three died — both Texas patients and one in Washington.

Lyman said both are ongoing outbreaks and that additional infections have been identified since April. But those added numbers were not reported.

Investigators reviewed medical records and found no evidence of previous antifungal use among the patients in those clusters. Health officials say that means they spread from person to person.

FOX 4 reached out to several local and state agencies for information about the hospitals, but none of them could provide any.