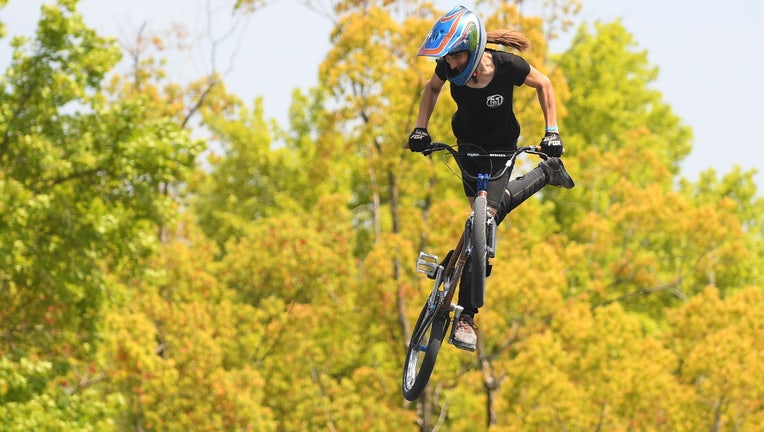 Chelsea Wolfe of the USA competes in the UCI BMX Freestyle Park World Cup on day three of the FISE Hiroshima at former Hiroshima Municipal Stadium on April 21, 2019 in Hiroshima, Japan. (Photo by Atsushi Tomura/Getty Images)

EXCLUSIVE - BMX Freestyle rider Chelsea Wolfe, who qualified as an alternate to represent the U.S. at this year's summer Olympics in Tokyo, said last year that her goal was to win an Olympic medal "so I can burn a US flag on the podium."

"My goal is to win the Olympics so I can burn a US flag on the podium. This is what they focus on during a pandemic. Hurting trans children," Wolfe wrote on Facebook on March 25, 2020, along with a link to a PinkNews story about the Trump administration's stance on transgender girls in female athletics.

Wolfe identifies as a transgender woman.

Wolfe told Fox News that the post, which has since been deleted, doesn't mean she doesn't care about her home country.

"Anyone who thinks that I don't care about the United States is sorely mistaken," Wolfe told Fox News. "One of the reasons why I work so hard to represent the United States in international competition is to show the world that this country has morals and values, that it's not all of the bad things that we're known for. I take a stand against fascism because I care about this country and I'm not going to let it fall into the hands of fascists after so many people have fought and sacrificed to prevent fascism from taking hold abroad. As a citizen who wants to be proud of my home country, I'm sure as hell not going to let it take hold here." 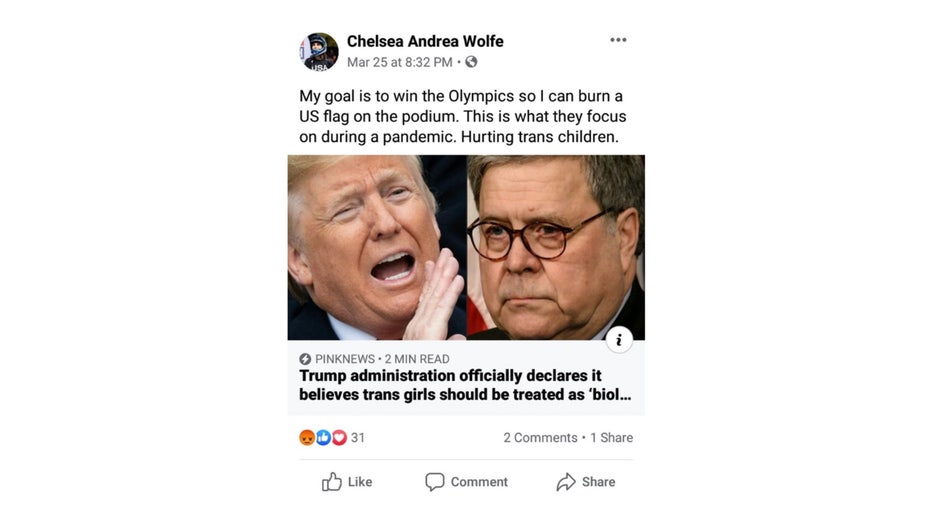 Earlier this month, Wolfe posted about what it meant to qualify as an alternate for the Olympics as a transgender athlete.

"I searched for so long trying to find out if there had ever been a professional trans bmx rider to show me that who I am would be okay and unfortunately I found no one," Wolfe wrote on Instagram on June 12. "Eventually I started to meet some amazing women who helped me accept that I am a woman just like any other and that I deserve a place to exist in the world just like everyone else."

International Olympic Committee policy specifies conditions under which those who transition from male to female are eligible to compete in the female category.

Among them is that the athlete has declared that her gender identity is female and that the declaration cannot be changed, for sporting purposes, for a minimum of four years.

The athlete must also demonstrate that her total testosterone level is below a specific measurement for at least 12 months prior to her first competition.

The IOC policy also states: "the overriding sporting objective is and remains the guarantee of fair competition."

Fox News' Gregg Re and the Associated Press contributed to this report.