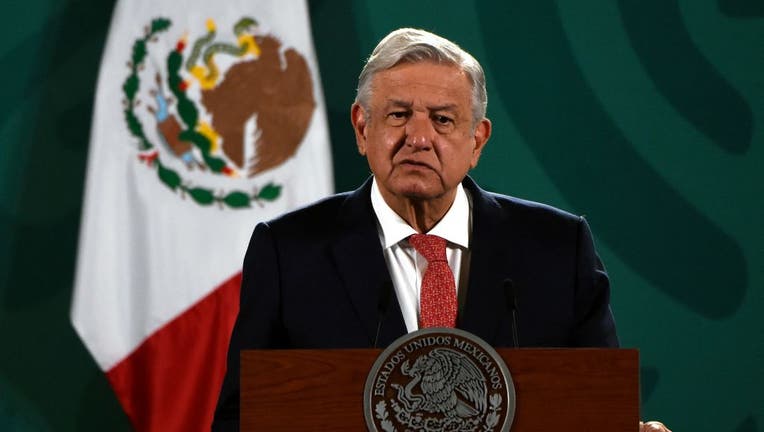 MEXICO CITY (AP) - Mexico’s president said Monday the U.S. suspension on avocado imports and recent environmental complaints are part of a conspiracy against his country by political or economic interests.

President Andrés Manuel López Obrador put forward the conspiracy theory after the U.S. suspended imports of Mexican avocados on the eve of the Super Bowl following a threat against a U.S. plant safety inspector in Mexico.

In fact, the U.S. measure was due to years of worries that drug cartel violence in the western Mexico state of Michoacan — where gangs extort money from avocado growers by threatening to kidnap and kill them — has spilled over to threats against U.S. inspectors.

López Obrador on one hand downplayed the measure, saying avocados for game day itself had already been shipped north and consumed. "The truth, the Mexican avocados have already been exported," he said at his daily news briefing. "They already enjoyed the avocados."

On the other hand, he said producers who wanted to compete with Mexican products, or political factors, played a role in the decision.

He did not explain what those interests were, but noted ominously, "There are other countries that are interested in selling avocados, as in the case of other farm products, so they lobby, they look for senators, professional public (relations) people and agencies, to put up obstacles."

In fact, the U.S. grows about half the avocados it consumes and to protect domestic orchards from pests, inspects imported avocados — nearly 90% of which came from Mexico in recent years.

It was only in 1997 that the U.S. lifted a ban on Mexican avocados that had been in place since 1914 to prevent a range of weevils, scabs and pests from entering U.S. orchards.

The inspectors work for the U.S. Department of Agriculture’s Animal and Plant Health Inspection Services.

On Saturday, the U.S. government suspended all imports of Mexican avocados "until further notice" after one of those inspectors in Mexico received a threatening message.

Mexico’s Agriculture Department said in a statement that "U.S. health authorities ... made the decision after one of their officials, who was carrying out inspections in Uruapan, Michoacan, received a threatening message on his official cellphone," the department wrote.

Avocado growers in Mexico have been the victims of drug cartel turf battles and extortion in the western state of Michoacan, the only state in Mexico fully authorized to export to the U.S. market. After a similar incident in 2019, the USDA warned Mexico it would suspend the program if the inspectors' safety wasn't guaranteed.

But the avocado ban was just the latest of several actual or potential sanctions last week on Mexican exports stemming from the Mexican government’s inability to rein in illegal activities.

On Thursday, the U.S. Trade Representative’s Office filed an environmental complaint against Mexico for failing to stop illegal fishing to protect the critically endangered vaquita marina, the world’s smallest porpoise.

And on Monday, Mexican fishing boats in the Gulf of Mexico were "prohibited from entering U.S. ports, will be denied port access and services," the National Oceanic and Atmospheric Administration said, in response to years of Mexican boats illegally poaching red snapper in U.S. waters in the Gulf.

López Obrador dismissed those moves as part of the same conspiracy.

"If it isn't this one thing (the threatened U.S. inspector), it's another thing, the vaquita marina, or the dolphins," López Obrador said. "But the truth is there is always something else behind it, an economic or commercial interest, or a political attitude."

RELATED: US inflation report: Consumer prices jumped 7.5% in past year, a 40-year high

López Obrador has been accused of a cavalier attitude toward environmental norms and has criticized foreign or nonprofit environmental or civic groups.

"We don’t need foreigners telling us what to do or placing sanction on our country’s fishermen," López Obrador said last year.