PHOENIX - Kidnapping suspects led Phoenix Police on a high-speed chase, but a Valley man's invention helped save the woman in danger.

In 2016, FOX 10 reported on the grappler police bumper, a tool invented by Leonard Stock. Nowadays, more police agencies are using the tool.

The grappler is set up at the front of the police car, and officers just have to get close enough to the suspect's vehicle. On Thursday morning, it came through in the clutch.

The chase ended off the Loop 202 and Dobson Road in Mesa, and it started in Phoenix around 2:00 a.m. Thursday. Police say two men kidnapped a woman for extortion purposes, connected to criminal activity between them and a relative of the victim. The suspects ran off before being arrested, and the woman made it out safe, because officers used the grappler to stop the car.

"The agencies that do have them have indicated that they're gonna purchase more," said Stock.

Stock is from Peoria, and wanted to find a safer solution for law enforcement to stop suspects during pursuits. The grappler police bumper uses a heavy-duty nylon net lowered from the front of the cop car in pursuit, snatching the rear tire of the suspect vehicle and wrapping around the axle.

"If they can catch up to a suspect vehicle and make contact with this net, they have a really good chance of stopping this vehicle," said Stock.

The first successful capture using the grappler happened last November by Border Patrol. Since then, there have been at least 31 captures. Stock says the grappler creates more predictable results when compared to pit maneuvers and tire spikes that may be more injury-prone.

The two suspects arrested have not been identified yet. 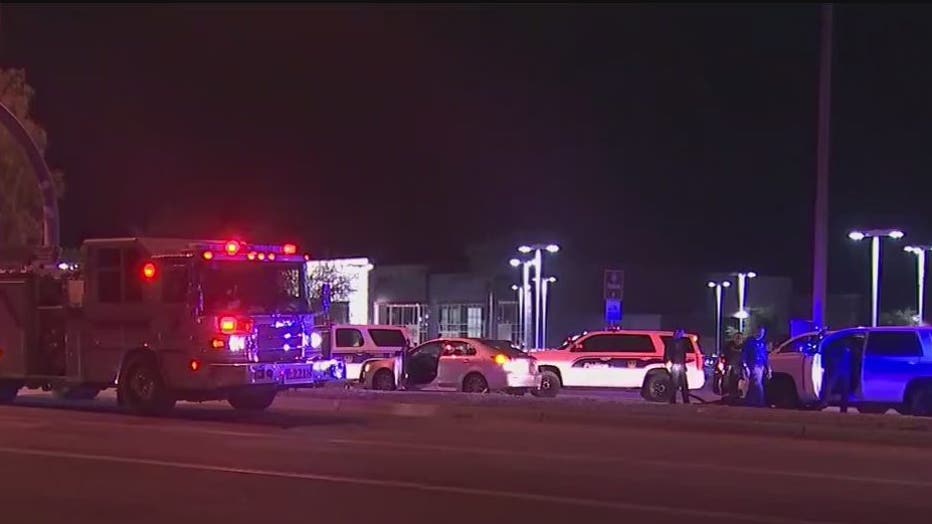